During my sophomore year of college at Stanford, the hit single was,“Voices Carry,” by the new wave pop band ’Til Tuesday. For some reason, the chorus of that song has been ringing in my head over the last week, but now I realize its purpose: Over the last week, we’ve seen the voices of women carry more and farther than ever before when speaking out and standing up to sexual assault and harassment.

In a Colorado courtroom, Taylor Swift let her voice carry mightily when she bravely testified about being groped by DJ David Mueller back in 2013. Swift says Mueller grabbed her butt under her skirt. Mueller was fired from his job after the allegations surfaced and then sued Swift saying he’d been defamed. Swift decided to countersue for just $1 — saying it wasn’t about the money, but rather about proving that it’s unequivocally unacceptable for men to go around grabbing women’s behinds with no consequences.

I was cheering from the sidelines as Swift spoke confidently from the stand, especially when Mueller’s lawyer fell into stereotypical questions, designed to cast doubt on her story and who exactly might be to blame.

Swift’s badass testimony is crucial in the fight for others to also have a voice on these issues — because so many women are, quite frankly, scared to death to speak up — for fear of being labeled a troublemaker or not being believed.

Swift’s trial coincided with so many new developments unfolding in the last year regarding sexual harassment, from New York to Silicon Valley.

Google engineer James Damore let his voice carry when he penned a memo pointing out what he deemed to be the differences between men and women in tech, saying biological differences may explain “why we don’t see equal representation of women in tech and leadership.”

Google fired him last week for “perpetuating gender stereotypes,” setting off a controversial First Amendment fight across the country and on social media.

There was this gem on Twitter from Eric Weinstein, a mathematician and economist.

Which in turn drew more fire, like this tweet from Kara Swisher, a tech journalist and co-founder of Recode.

The Google saga followed a less-covered event in June, when Binary Capital founder Justin Caldbeck resigned after six women accused him of making unwelcome advances. Soon after, 500 Startups founder Dave McClure resigned as CEO and publicly apologized for coming on to multiple women in work-related settings. And of course Uber founder Travis Kalanick was forced out earlier this summer following an investigation into sexual harassment claims against other employees at the company sparked by former Uber engineer Susan Fowler, whose voice indeed carried.

In my upcoming book Be Fierce: Stop Harassment and Take Your Power Back, I argue that until companies start talking about the issue of sexual harassment — out loud and often, letting their own voices carry about what behaviors they deem acceptable and not acceptable — we won’t do much to fix the problem.

Could that finally be happening?

Several Silicon Valley companies are now taking action to turn the tables on harassers and instead empower the accusers and victims. Wow.

Sheryl Sandberg, former vice president at Google and current chief operating officer of Facebook, said it perfectly last week: The only way to make real change happen in the workplace regarding sexual harassment is to fire the harassers once such actions have been properly investigated — a true “no-tolerance” policy.

When I jumped off the cliff last summer I had no idea what might lie below. Little did I know that I would land in the center of a national conversation about standing up, speaking up, digging deep for courage and doing what’s right.

Together, our voices are carrying to make change.

Gretchen Carlson is a former anchor on Fox News and the author of the forthcoming book, Be Fierce: Stop Harassment and Take Your Power Back. 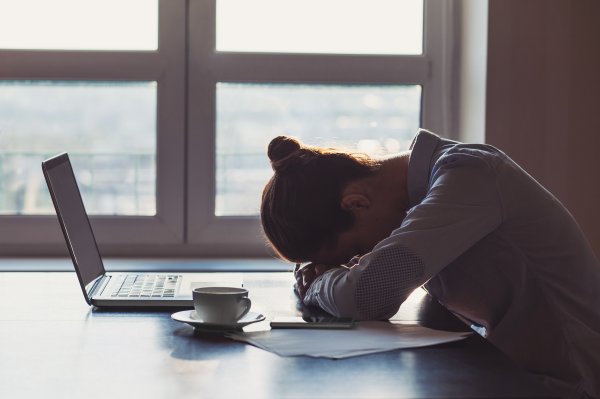 Growing Up In the Recession Strengthened My Career
Next Up: Editor's Pick