Secretary of Defense James Mattis shifted his tone regarding North Korea on Monday, saying if the country launches an attack on American territory, it “could escalate into war very quickly,” CBS News reports.

North Korea and the U.S. have been locked in a battle of fire words in recent days as Pyongyang and Washington have traded increasingly intense threats. After the North tested intercontinental ballistic missiles last month and sharply criticized the U.S. over new United Nations sanctions, President Donald Trump promised to unleash “fire and fury” on the country.

In the midst of the back-and-forth, North Korea has threatened to attack Guam, while Trump has doubled down on his tough stance.

Some U.S. have tried to deescalate the situation, such as when Secretary of State Rex Tillerson said Aug. 9 that “Americans should sleep well” and insisted there “is not any imminent threat.” Mattis himself emphasized diplomatic options during an event Aug. 11 and said that war with North Korea “would be catastrophic.”

Tillerson and Mattis wrote an opinion piece published in the Wall Street Journal on Monday saying the U.S. is not interested in regime change in North Korea, and is willing to negotiate with Pygongyang if it ends its threats.

However, Mattis struck a more aggressive note in his comments to reporters on Monday, according to CBS. He said that if North Korea takes action, “it’s game on,” and added, “we’ll take it out,” indicating that the U.S. may try to shoot down missiles aimed at the U.S. mainland or Guam.

Mattis noted that his comments should not be taken as a declaration of war, though. “The bottom line is we will defend the country and for us (the military) that’s war,” he said, according to CBS. “You don’t shoot at people in this world unless you bear the consequences.” 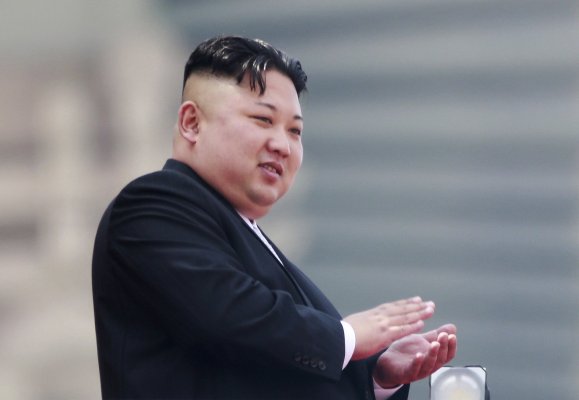 Can You Find North Korea on a Map?
Next Up: Editor's Pick