President Donald Trump’s approval rating hit a new low on Monday, just two days after he struggled to address the country in the wake of a racist attack at a protest in Charlottesville, Va.

Trump faced criticism for initially failing to name white supremacist groups in his statement denouncing the violence. One person died and 19 others were injured after a white supremacist drove a car into a crowd of counter-protesters.

According to Gallup’s daily tracker of Trump’s approval rating, only 34% of Americans approve of the work the president is doing as of Monday. The president has been in office for just over 200 days; this is the lowest his Gallup approval rating has been in that time. Some 61% of voters disapprove — a record high for the poll.

The numbers come as part of a three-day polling average including Friday, Saturday and Sunday, meaning some respondents were polled before the violence in Charlottesville.

The new low comes a little over a week after a poll that showed the president’s approval rating had even begun to slip among members of his base. Despite Trump tweeting otherwise last Monday, an August Quinnipiac University poll found that 76% of Republicans approve of the President, down from 84% a month earlier. That same poll found that support for the president had also slipped among whites without a college degree.

At the time, White House aide Kellyanne Conway said the numbers showed the president’s supporters wanted him to focus. “They are telling him just enact your program … focus on the agenda,” she told ABC News‘s This Week.

Gallup surveyed 1,500 American adults and its poll has a margin of error of plus-or-minus three percentage points. 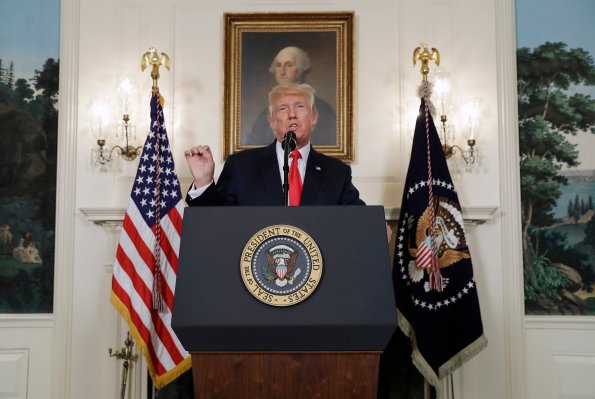