Dozens of Children Are Dying at This Hospital in India. It May Be Because of an Unpaid Bill

The director of a state-run hospital in northern India has reportedly been suspended as officials scramble to appease grieving citizens and resolve a medical crisis that has left about 60 children dead over the past week.

The Washington Post reports that at least 30 children passed away within just 36 hours beginning late Thursday at the Baba Raghav Das Medical College Hospital in Gorakhpur, a city in Uttar Pradesh, as oxygen supplies dwindled following a dispute over an unpaid bill from the supplier.

A home affairs ministry spokesman told the Press Trust of India that 21 deaths were determined to have been directly linked to a shortage of oxygen, while the rest of the deaths were still being investigated. According to the Post, the death toll over the past week has reached an estimated 60.

Suspended director Rajeev Misra said he had repeatedly requested government funding to help settle the hospital’s debt to a medical supply company. Documents obtained by the Post indicate that the hospital owed some $89,750 to the distributor, Pushpa Sales, which had reportedly written several letters to the hospital and district magistrate over the past six months to demand payment.

Pushpa discontinued the hospital’s oxygen supply on Aug. 4, after the July 31 expiry of their contract. The state’s health minister and hospital representatives have denied that the sudden string of deaths were related to the cutoff of the oxygen supply, the Post reports. Uttar Pradesh chief minister Yogi Adityanath reportedly suggested that the deaths were instead caused by poor sanitation and encephalitis. 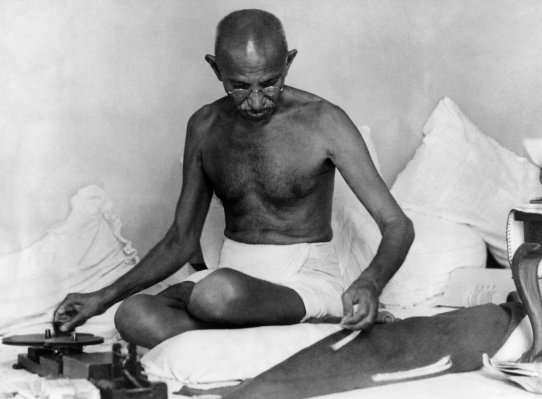 Gandhi Was Arrested 75 Years Ago. Read TIME's Original Report on What Happened
Next Up: Editor's Pick