‘I Hope You Live With Pain.’ Mom Who Killed Children Left Suicide Note to Estranged Husband

South Carolina authorities have released suicide notes written by a mother who killed the woman she believed was her estranged husband’s girlfriend before turning the gun on her own two children and then herself, according to multiple reports.

Greenville Online reports that Jessica Edens, 36, wrote to her estranged husband, Ben Edens: “To Ben, you have caused me more pain than I’ve ever been in in my life. You have caused my children pain. I hate you. I hope you rot one day for what you have done to me and my kids. You can no longer hurt us. We are at peace. I hope you live with pain and shame and guilt for the rest of your life.”

All three handwritten notes were found in Edens’ Jeep, where Edens was found dead July 13 along with her 5-year-old daughter Harper Edens and 9-year-old son Hayden King. Prior to that, Edens fatally shot Meredith Leigh Rahme, 28, at her Greenville apartment complex before fleeing the scene in her Jeep.

The notes were released to the media by the Pickens County Sheriff’s Office, WSPA7 reports.

“To my parents and my sister, I am so sorry for the pain I am causing all of you. You’ve all always been there for me and I love you all so much,” another note read.

According to police, Ben and Jessica Edens shared custody of Harper, while Hayden was Jessica’s son from a previous relationship.

One of the notes obtained by WYFF4, addressed to the father of her son, said: “To Nate, I don’t know what to say. You gave me my first child. I will forever be [grateful] because of you. I never meant to cause you as much pain as this. I am sorry.”

The night before the killings, Ben Edens called police and asked them to check on the kids after he received a series of text messages from her, Easly, South Carolina, police told WSPA-TV.

Ben Edens asked the officer whether he could use the text messages as part of his ongoing family court dispute with Jessica Edens. When officers arrived at Jessica’s home, they found the two children watching a movie and eating popcorn. However, Jessica told police that she was going “expose” her estranged husband and “the girl he was having an affair with for the last year,” authorities told WSPA.

However, police said Jessica Edens showed no signs of erratic or concerning behavior on Wednesday night.

“She developed a plan,” Hashe said. “[She] made her mind up and she executed that plan and it’s just very tragic for the family and we want to try to give them the best closure we can. That’s why we want to release these documents as best as we are allowed to.” 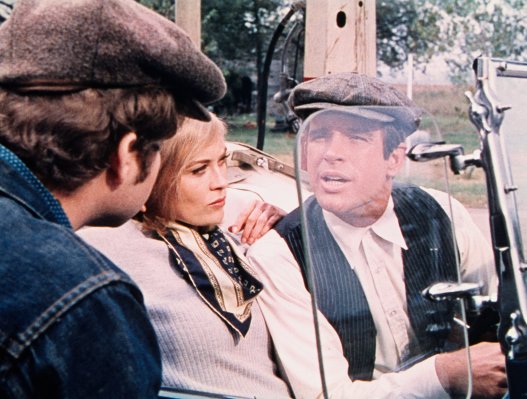 What to Know About the Real Crimes Behind 'Bonnie and Clyde'
Next Up: Editor's Pick