7 Things Airlines Do That Contribute to Passenger Misery

Now, I figure it’s time to write about the things airlines in the US and abroad are doing that has contributed to passenger misery.

In that regard, the imperfections of modern commercial air travel are many and varied. However, having covered the industry over the past few years, it is my belief that no airline actually wants to brutalize its passengers. However, they have mastered the dark art of understanding what its passengers are willing to forgo and how much they are willing to part with of additional amenities.

Like any profit driven enterprise, the root of many of its problems lie with its need to appease investors, show growth, and increase profits. For instance, American, Delta, and United are three of the four most profitable airlines in the world. The trio routinely delivers profits and margin exponentially greater than its rivals in Europe and Asia. And yet, quarter after quarter, their management teams are pushed to return more and more by Wall Street. The result is the implementation of strategies that are a detriment to passengers.

Here are a few of the things airlines are doing that are damaging to the passenger experience.

In recent years, airlines around the world have unbundled their economy class services. As a result, passengers now have to pay extra to check bags, select their seats, and be served a warm in-flight meal. While the airlines say the majority of its customers prefer this à la carte pricing structure, it remains highly controversial.

Unbundling allows passengers to pay for only the features they absolutely need. Additional amenities would then be available as optional extras. In theory, this should deliver cheaper prices to consumers while allowing airlines to cut down on operating costs. While ticket prices have come down marginally, the auxiliary revenue generated by the additional fees have become a cash cow for airlines. According to the CEO of one low-cost carrier, the future of air travel will likely see airlines depend more on auxiliary revenue than income from tickets sales.

In addition, the advent of these unbundled fares has created an unpleasant maze of extra fees that can cause a once affordable airfare to balloon. At the same time, checked baggage fees have forced people to rely upon carry-on luggage. This has turned the boarding process into a nightmarish mad-dash for precious overhead bin space.

Read more: Delta is getting a new $4 billion terminal at New York LaGuardia Airport— and it looks amazing

For the past couple of years, American, Delta, and United have been trying to sell the public on the merits of basic economy fares. All three have made it clear that the fare class is targeting a very small, ultra-price conscious segment of the market.

In other words, basic economy allows the big three a means to price match ultra-low-cost carriers like Spirit and Frontier without sacrificing the price premium they can charge for their main cabin products.

According to Airways senior business analyst Vinay Bhaskara, most airline customers shop based on the lowest advertised fare without regard for additional fees.

As a result, the spartan nature of the basic economy experience will usually induce passengers to pony up the extra cash for the main cabin ticket. Voila, more revenue.

Like most businesses, unit costs play a major part when it comes time to answer to investors. For airlines, it’s a measure called CASM or Cost per Available Seat Mile. In other words, it is how much it costs the airline to fly one seat for one mile. Sometimes, airlines will up gauge to larger aircraft, allowing them to reduce CASM by spreading the cost of operation over a larger number of seats.

However, larger planes are not always possible, so they simply cram more seats into their planes. This results in more seats per row and more rows per planes. For passengers, that means say goodbye to legroom and elbow room.

One innovation airlines have relied upon in recent years is the slimline seat. For an airline refurbishing its interior design, the slimline seat is stylish, lightweight, and ultra-thin. This makes for lower fuel bills, a prettier cabin, and more room for additional rows of seats.

Unfortunately for passengers, the slimline seat’s attractive design is far outweighed by the discomfort caused by its thin padding and cramped dimensions.

Read more: Restaurant servers share the 10 things customers do that annoy them the most

There are few practices within the airline industry more hated by passengers than the overselling of flights. These days, airlines are modern enterprises that run on a series of predictive algorithms. And these algorithms tend to be pretty accurate. As a result, airlines can consistently predict the number of people who will either cancel their reservation or miss their departure on each flight.

So, they sell more tickets than there are seats.

Occasionally, however, we as passengers call their bluff and actually all show-up, on time. The result is people getting bumped from flights.

Modern technology has been helped revolutionize the airline experience in many regards. The ability to track your luggage, check-in for your flight, and buy tickets on your smartphone have made the flying experience much more convenient.

The digitization of airline operations has generally made them more efficient and effective. However, when these systems fail, the airline becomes paralyzed, sometimes for days at a time. The amount disruption system outages have caused over the past few years is incredible, often taking weeks for an airline’s network to fully recover and costing them hundreds of millions of dollars.

Over the past few years, a wave of airline consolidation has changed the landscape of the industry in the US. Names like Continental, America West, US Airways, and Northwest have all disappeared. What remains is a collection of mega-airlines, dwarfing its international rivals in scale and pricing power.

In fact, the four largest airlines in the world are American, Delta, United, and Southwest.

To be fair, consolidation isn’t all bad. America’s major airlines had spent decades flirting with financial ruin. Consolidation has created stronger, more stable, and more efficient businesses with the ability to make long term investments in service and product.

However, this has also created a series of fortress hubs around the country where the majority of available seats into and out those airports are on a single airline.

As a consequence, fewer airlines result in fewer choices for passengers. The less competition in a market, the more pricing power an airline’s revenue management department has to set fares. 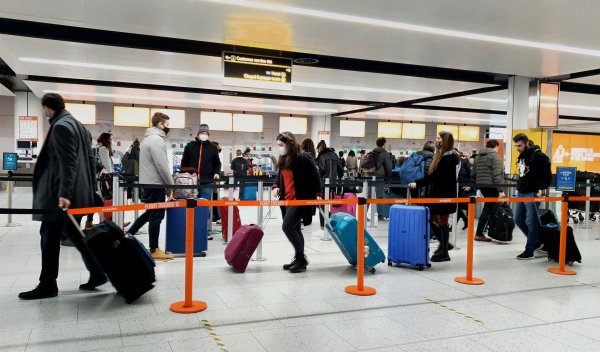