Ryan Reynolds is a man of many talents — comedy, acting, being Blake Lively’s husband. But he’s the first to admit cooking is not one of them. In a throwback post shared on Instagram, Salma Hayek gave audiences insight into what goes on in the Reynolds-Lively household when they invite a guest over for a meal. Hint: it doesn’t involve the Deadpool star getting down to work in the kitchen, although he does appear happy to stand by and applaud the work done over the stove.

“When your friends invite you for dinner and you end up doing all the work,” Hayek captioned the photo. Hayek and Reynolds worked together on The Hitman’s Bodyguard, playing the wife of a hitman (Hayek) and his bodyguard (Reynolds) in the action comedy, out August 18. Hayek also appeared with star Blake Lively in Savages, back in 2012. It’s been a busy year for the actor, who recently starred in the tense film Beatriz at Dinner as well.

In the photo, Hayek is also seen balancing Reynolds’ ten-month-old daughter Ines on her hip while stirring the unseen contents of a giant copper pot. (Hayek has a daughter of her own with husband Francois-Henri Pinault: Valentina, age nine.) Just goes to show that Hayek is a master multi-tasker, too. 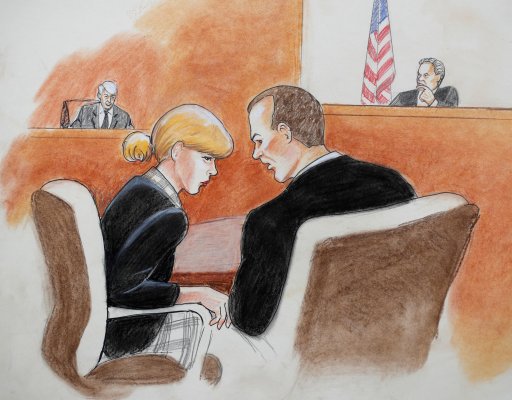 Lena Dunham Steps In to Support Taylor Swift’s Testimony
Next Up: Editor's Pick