Iraq is in the grip of a heatwave of such severity that people are being sent home from work for their own safety.

The Gulf News reports that civil servants were told to take the day off Thursday as temperatures hit 122°F (50°C). The cities of Basra and Mosul experienced similar conditions, Gulf News said.

Demand for electricity has soared as people keep air-conditioners running to cope with the heat, but the state energy company is unable to cope and blackouts have added to the misery.

“The generator in my neighborhood that provides electricity for about 300 houses has caught fire from the heat,” one resident of Baghdad told the Guardian. He added: “We’ve never witnessed such a summer before.”

Another resident told the paper that many people were experiencing headaches and that children were being sent to swimming pools for the entire day to protect them from the scorching temperatures.

The Gulf News reports that temperatures are forecast to rise next week to 124°F (51°C). It said that public showers and water cooling fans had been set up in some areas, but that Iraqis who could afford it were fleeing the country to cooler spots in the region. 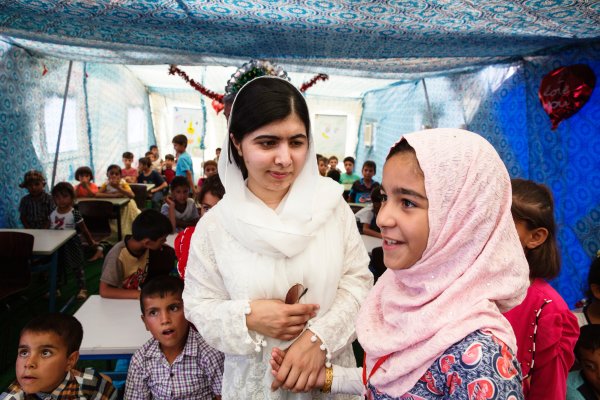 Malala Visits Iraq to Meet Girls Who Lived Under ISIS
Next Up: Editor's Pick