“A pre-emptive war, if one were actually thinking of executing that, would be catastrophic,” Rice said on CNN’s Situation Room with Wolf Blitzer.

Rice, who served as U.S. ambassador to the U.N. under former President Barack Obama and later became his top security aide, acknowledged that previous administrations had failed in their efforts to prevent Pyongyang from developing a nuclear arsenal, but cautioned that Trump’s aggressive rhetoric would only serve to provoke Kim Jong Un.

Trump warned this week that continued threats from North Korea would be met “with fire and fury like the world has never seen,” as Pyongyang warned that it was developing a plan to attack the U.S. territory of Guam, a small Pacific island with an American military presence. Amid criticism that his remarks could exacerbate tensions, Trump doubled down Thursday saying that perhaps his statement “wasn’t tough enough.”

Rice told CNN that despite the president’s provocative language, the White House policy of deterrence differs little from that of previous administrations and is appropriate to the threat posed by North Korea’s continued nuclear progress, weapons testing and verbal threats of taking military action.

“The core of what President Trump said today, discounting for the rhetoric, was if North Korea were to attack the United States, and obviously Guam is part of the United States, we would respond with the full force of our capabilities,” Rice said. “That’s common sense. That’s deterrence. And that’s the appropriate approach.”

“I think the problem is nobody is clear what the red line is,” Rice said. 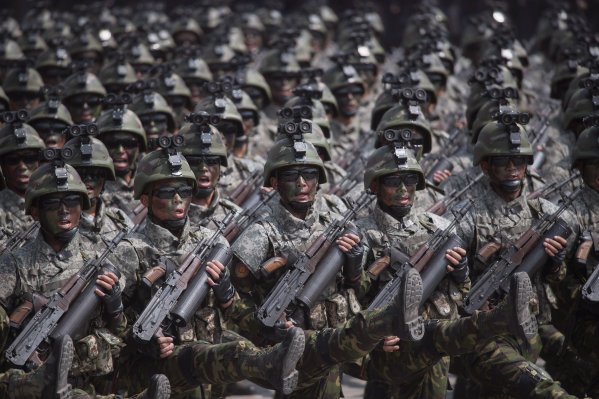 A War of Fiery Words, for Now, Between North Korea and the U.S.
Next Up: Editor's Pick