With heightening concerns over conflict with North Korea and lingering allegations of Russian influence in the U.S. presidential election, you might think that the last thing Russia would do right now is fly a surveillance plane over Washington, D.C. But that’s exactly what it did Wednesday — and with clearance from the U.S. government.

The low-altitude aircraft flew over the Capitol building and the Pentagon with U.S. approval thanks to a long-standing global agreement called the Treaty on Open Skies, according to the Associated Press. The pact, which was signed and ratified by 34 nations including the U.S. and Russia in 1992, allows member countries to send unarmed observation flights over the territories of fellow members. It’s designed to promote transparency about military activity and hold participants accountable for diplomatic agreements.

But how did such a treaty come to exist in the first place?

Open Skies dates back to the beginnings of the Cold War, when President Dwight D. Eisenhower proposed the initiative between the U.S. and Soviet Union at the Geneva Conference in 1955.

The idea was similar: exchange maps revealing the location of every military installation in the respective countries, in turn allowing them to conduct aerial surveillance on each other in order to guarantee the fulfillment of established arms agreements. But while France and Britain (the other attendees of the summit as part of the “Big Four” nations) were open to the deal, Soviet leader Nikita Khrushchev rejected the treaty, labeling it as an “espionage plot.” The proposal sat dormant for years. All the while, tension between the U.S. and Soviet Union further escalated.

It wasn’t until 1989 that the concept of Open Skies was reintroduced by President George H.W. Bush as a means to build trust between North Atlantic Treaty Organization (NATO) and Warsaw Pact countries. The latter alliance — formed in 1955 between the Soviet Union and its eastern European satellites — ended up collapsing as the socialist state dissolved by 1991. Despite this period of geopolitical change, Bush was able to successfully negotiate the terms of the Open Skies treaty with the majority of the Warsaw Pact countries. On March 24, 1992, the treaty was signed in Helsinki, Finland.

Open Skies officially went into effect on Jan. 1, 2002. Since then, there have been more than 1,200 surveillance flights conducted by the member nations. But given recent foreign relations between the U.S. and Russia, among other countries, will the Open Skies treaty continue in this current political comment?

“The Obama administration carefully assessed the risks and benefits of remaining in the treaty and judged with our European allies that it was in our best interests to stay,” said Lynn Rusten, a senior consultant at the Nuclear Threat Initiative.

She added that the primary concern of Open Skies was the advancement of surveillance technology from film to digital cameras that are able to produce clearer images. But she said the U.S. permitted the upgrades because it felt it was worth the risk.

“It’s critical to maintain any mechanism to retain that confidence,” Rusten said. “It would do more harm than good to walk away from this treaty.”

But Stephen Sestanovich, a professor of international diplomacy at Columbia University and fellow on the Council on Foreign Relations, cast doubt over the treaty’s future.

“The Russians have been so ready to roll back or disregard norms and treaties that they’ve got people in Congress, in the military, in the intelligence world asking, ‘Why pretend to trust each other?'” he said. “In that atmosphere, virtually any agreement can be challenged.” 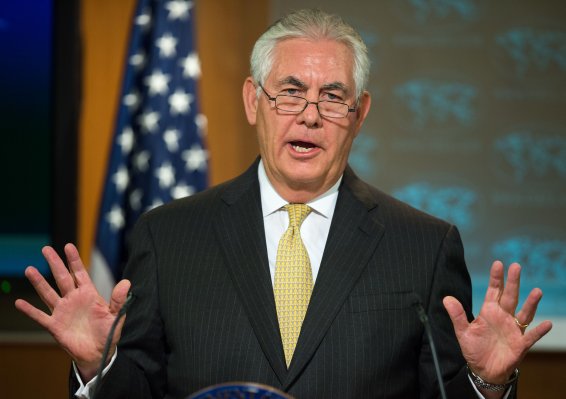