Sen. Jeff Flake (R-Ariz.) heads to the Senate floor for a vote, at the Capitol in Washington, Aug. 2, 2017.
Al Drago—Redux/The New York Times
By Jack Brewster

The Republican Senator from Arizona on disagreeing with Trump, his new book Conscience of a Conservative and why he’s crashing his own party

You say that conservatives have “lost” their way, being swept up by xenophobia, populism, nationalism. If that’s the case, how does the party right itself?

We need to re-embrace those principles that we’ve gone away from: free trade, immigration. It’s not just the policy approach; it’s the demeanor. Conservatism is measured and reliable. Conservative foreign policy is where you embrace your allies and recognize your enemies. That’s a long way from where we are today. We’ve adopted a populist attitude that is a sugar high.

Yes. Arizona voters have always valued independence in their elected officials. The last thing voters want is a rubber-stamp Senator who agrees with the President or the party on everything.

You write about the destructiveness of “petty partisanship.” Yet you voted for a partisan health care bill. How do you reconcile that?

My preference would certainly be to sit down with my colleagues from across the aisle and not try to reform or repeal Obamacare in the way that the Democrats passed it. There’s an urgency here. We have 200,000 Arizonans who will wake up tomorrow without insurance. I was certainly anxious to keep any hope of reform alive.

Do you think bipartisanship is possible with health care?

I do. We’ve reached the limit of what we can do with just the members of one party. There are certainly Democrats ready to work with us. Let’s take them up on it.

How do you respond to people who say that while you have been critical of President Trump during the election and now in this book, you still vote with him?

It depends on what he supports. He named a good Cabinet. Remember, in the first six months of a new Administration, the Senate is in the personnel business. And I’ve always felt that a President ought to get his or her people unless there’s something disqualifying. Elections have consequences. Barack Obama ought to have had his people. I feel the same with President Trump. So when people say, “Oh, Flake voted with Trump 95% of the time”–ha! Ninety-five percent of what we’ve done is just personnel.

You criticize Trump’s trade policies, his immigration policies and the travel ban–things he did unilaterally. How do you turn your prescriptions into action?

On immigration we’re gonna have to deal with it in Congress. I hope to expand [the Deferred Action for Childhood Arrivals program]. These kids ought to be protected. Every piece of immigration legislation that I’ve supported has included a version of the Dream Act. The Administration wants to cut back significantly on legal immigration, and I don’t think that’s wise. And then the refugee program. We ought to continue to be welcoming to at least some refugees. We’ve taken a far smaller number than some of our allies. We obviously screen and screen well, but we ought to continue to be a welcoming nation.

You said you wrote the book in secrecy. How is that possible?

My family certainly knew. But I didn’t tell my staff in the Senate or my political advisers on the campaign. I didn’t want to be talked out of it.

How long did it take to write?

I started last summer. I thought we’d hit the election and Republicans would lose and we’d do another autopsy. And I’d have something ready for that. But then, you know, the election went differently. And I thought we needed it even more. 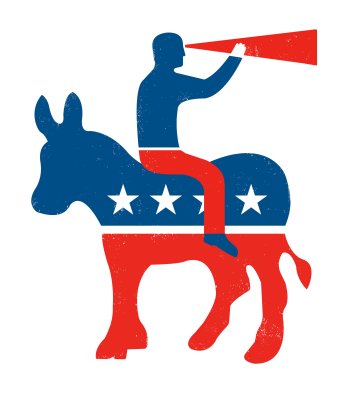 Anytime but Now: The Perils of Fighting Last Year's Wars and Pining for Yesterday's Heroes
Next Up: Editor's Pick