Should Mercenaries Take Over In Afghanistan?

The U.S. strategy on Afghanistan is in flux as President Trump refused to sign off on a Pentagon plan to increase U.S. troop levels from 8,400 to 12,000 to deal with a resurgent Taliban. Now Erik Prince, founder of military contractor Blackwater, is proposing a controversial alternative:

Prince, a former Navy SEAL, wants to send an army of 5,500 private soldiers to replace U.S.-led NATO forces in guiding and training the 350,000 Afghan National Security Forces. “[The] conventional military approach in Afghanistan is not working,” he said on Aug. 8.

According to Prince, the plan would slash the cost of the Afghanistan war to the U.S. from more than $42 billion a year to $10 billion; it would also “restructure” the war, placing all U.S. lines of support under a single American envoy modeled on a viceroy from the days of colonial Britain.

Prince claims that the White House is considering the proposal and that he has support from Trump’s chief strategist, Stephen Bannon. But National Security Adviser H.R. McMaster and Defense Secretary James Mattis, both generals, are unlikely to back a proposal to privatize the war. Ronald Neumann, former ambassador to Afghanistan, said Prince’s projected savings were “ridiculous.” Afghan officials also reportedly fear the plan would worsen tensions with the Taliban. That said, it might appeal to Trump, who is frustrated by the lack of progress in Afghanistan and has sought “additional ideas” to address it. 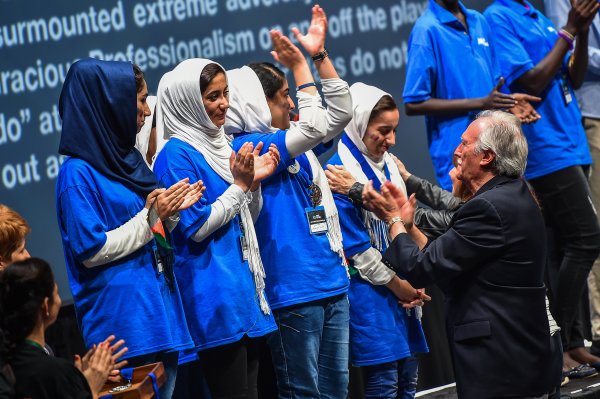 Father of the Afghan Robotics Team Captain Killed
Next Up: Editor's Pick