Dunkin’ Donuts is considering removing Donuts from its name as it focuses on becoming a beverage-led brand. It wouldn’t be the first example of corporate name changing.

The first store in the sandwich chain was called Pete’s Super Submarines, but the owners changed it after a second store opened in 1966, because people were mishearing the name as “Pizza Marines.”

Starbucks Coffee, Tea and Spices opened in Seattle in 1971, named after a Moby-Dick character. In 1987, Howard Schultz bought the company and got rid of the references to tea and spices.

The tech company began life in 1994 as Jerry and David’s Guide to the World Wide Web, after founders Jerry Yang and David Filo. After a year, they changed the name to something a little catchier. 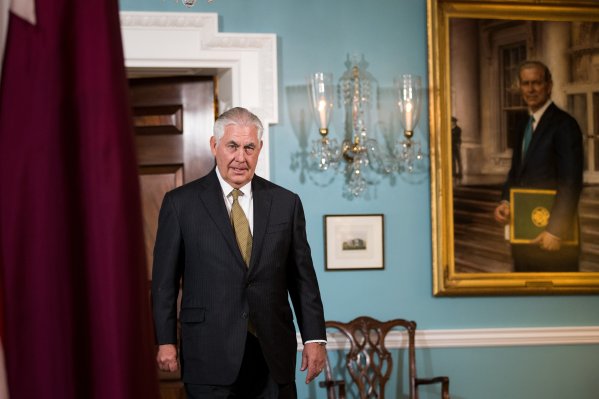 Dealt a Weak Hand, Rex Tillerson Is Still In the Game at State
Next Up: Editor's Pick