Littlefinger definitely got more than he bargained for by giving Bran Stark the Valyrian steel dagger used by the cutthroat who tried to assassinate him in Sunday’s episode of Game of Thrones. Instead of thanking him, Bran responded with a statement that seemed to momentarily break through Littlefinger’s careful mask of control.

“Chaos is a ladder,” Bran interjected into Littlefinger’s musings, echoing a statement the master manipulator made to Varys during a conversation in the Red Keep throne room in season three.

Although it’s still unclear exactly how much Bran — or should we say, the Three-Eyed Raven — knows about Littlefinger’s past, Isaac Hempstead Wright — who plays Bran — told HBO that the callback was meant to be disconcerting.

“That was my favorite scene to film this season. It was so neat to say something that cool,” he explained. “The fact that Bran heard that line means that he’s gone back and looked through Mr. Baelish’s timeline. His intention is to slightly rattle Littlefinger, to say, in just a subtle, really creepy way, ‘I know what you’re up to.'”

Hopefully this means that Bran re-gifting the dagger to Arya was intended to set Littlefinger’s downfall in motion. 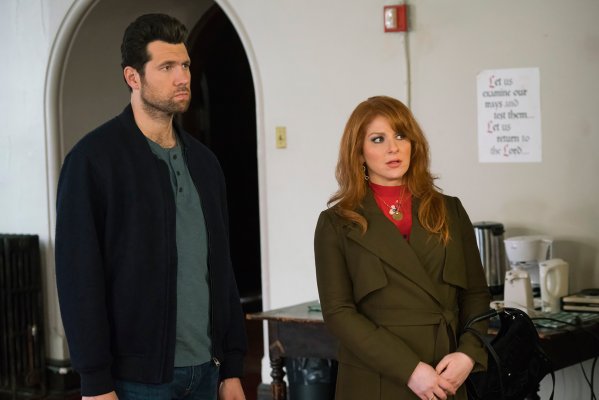 Musical Theater and Misanthropy
Next Up: Editor's Pick