Shortly after America learned of another shooting Wednesday evening at Fort Hood, news outlets flashed alerts about the shooter’s deployment history and mental health. Among the first facts confirmed and reported about Spec. Ivan Lopez were his four-month deployment to Iraq in 2011, and that he was being diagnosed for post-traumatic stress disorder—though, importantly, had not yet been diagnosed. As post-9/11 conflicts wind down and veterans seek to reintegrate into civilian society, reports of violence perpetrated by veterans increasingly focus on whether a former service member has seen conflict and whether he suffers from mental illness as a result.

A 2008 RAND study estimated that 18.5% of combat veterans return with symptoms of PTSD. Most of them, though, with time and support, go on to lead stable, productive lives. For veterans enrolled in treatment programs, the likelihood of successful reintegration is even stronger. But for a slim minority, problems arise.

I am a veteran, having served in Afghanistan with the 82nd Airborne from February 2007 to April 2008. I’ve also been diagnosed with PTSD related to my time in service. (Many vets, myself included, favor the removal of “disorder” from PTSD, our symptoms being a natural human response to what we have experienced.) When mass shootings occur, much too commonly lately, my veteran friends and I always have the same initial reactions. First, a sincere hope that everyone is okay. But immediately after that we think, “Please don’t let it be a veteran.” When Kate Hoit, a 29 year-old Iraq war veteran and graduate student living in Washington, D.C., first heard of the shooting, she thought, “Here we go again with another round of onslaughts on veterans and those with PTSD.” But a strong link between violent crime and PTSD has not been firmly established.

A 2012 study found that 9% of Iraq and Afghanistan war veterans surveyed reported arrests since returning from service. But even with this incidence of arrest, most offenses were associated with nonviolent behavior. It’s also notable that the veterans studied, as well as post-9/11 veterans in general, come from demographics associated with higher rates of criminal behavior (young, male, history of family violence, etc.) that are not related to service. That study concluded that veterans suffering from PTSD are at increased risk for criminal arrests, but those arrests are more strongly linked to substance abuse than a predilection towards violence.

The rush to erroneously blame PTSD for violent veterans has been noted. But available research and increased awareness hasn’t stopped the speculation.

In January of 2012, Iraq war veteran Benjamin Barnes killed a park ranger in Mount Rainier National Park in Washington State and was later found dead in an icy creek. The media was quick to report on his wartime service and speculate that his time there was partially responsible for his crime. Further investigation revealed that Barnes had suffered from mental illness prior to enlisting, and his time in Iraq consisted of service with a headquarters element and no record of direct combat. When Maj. Nadal Hassan opened fire at Fort Hood in 2009, the early reaction was much the same, until it was revealed that the soldier had never seen combat.

Then again, when Aaron Alexis opened fire with a shotgun at Washington, D.C.’s Navy yard, the immediate question was whether he suffered from PTSD from his time in the Navy. CNN’s Peter Bergen even wrote: “It’s a deadly combination: men who have military backgrounds — together with personal grievances, political agendas or mental problems — and who also have easy access to weapons and are trained to use them.” We again later learned that Alexis never saw combat, worked as an aviation electrician’s mate, and was never trained to use a shotgun. Lopez, it should also be noted, never saw combat either.

None of this is to say that there isn’t reason to be concerned for the mental health of veterans. Lopez was reportedly suffering from anxiety and depression and undergoing treatment for mental illness. As the RAND study shows, my community is certainly at an increased risk for mental illness. Every day, 22 Americans who served in uniform take their own lives. Veterans with PTSD are more prone to alcoholism. Drug abuse is also more common in our community. While errant reports portray veterans as volatile community risks, my comrades are far more likely to hurt ourselves than anyone else. 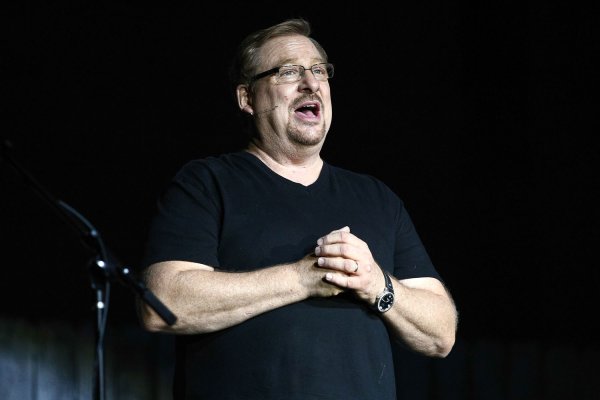 Churches Must Do More to Address Mental Illness
Next Up: Editor's Pick