A 97-year-old man was brutally murdered late last month inside his Baltimore home, becoming one of the city’s oldest homicide victims and reigniting a heated debate about how to resolve its alarming record of violence.

The Washington Post reports that Wadell Tate, a WWII veteran and retired copper refinery worker, was bludgeoned to death by bulgars inside the rowhouse he had owned for more than six decades. Tate was found bloodied and in his pajamas by his 65-year-old daughter, Sylvia Swann.

“You’d think at 97, how much longer does he have to live?” the Post quoted Swann as saying. “They took away his right to die on his own.”

Beset by drug abuse, racial segregation and poverty, Baltimore is struggling to rein in a record-setting surge in homicides. Violence besieging the city of 2.8 million has already claimed 211 lives this year.

In 2016, violent crime was up 22% in the city, while murder rates rose 78%, according to Agence France-Presse. Despite calls by activists for a 72-hour ceasefire, two more people were killed in Baltimore over the weekend, AFP reports. 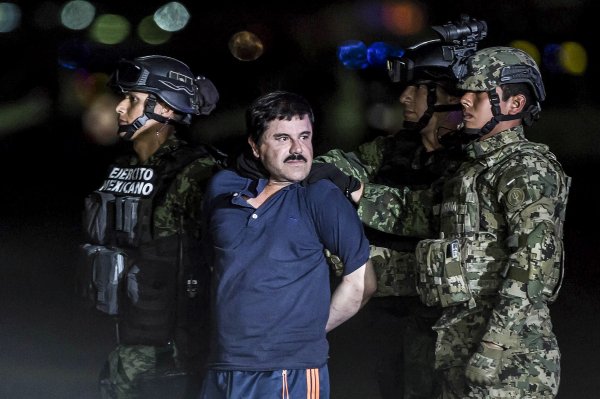 El Chapo Lawyers Up With Seasoned Criminal Defense Team
Next Up: Editor's Pick