El Chapo Is Lawyering Up With a Seasoned Criminal Defense Team

Joaquín Guzmán Loera, the Mexican drug lord more commonly known as El Chapo, has hired a quartet of private attorneys in lieu of public defenders as he prepares to face a litany of charges related to drug trafficking, led by the lawyer who successfully kept the son of one of New York’s most notorious mobsters out of prison.

The New York Times reports that Guzman has retained Jeffrey Lichtman and Marc Fernich, both of whom defended John Gotti, Jr., as well as William Purpura and Eduardo Balarezo, who have both represented suspects in high-profile drug cases. Lichtman confirmed in an email to the paper that all four had been hired.

“The man has been convicted in the court of public opinion times 100, but it doesn’t mean he’s guilty of the crimes that he’s been charged with,” Lichtman told the Times. Lichtman said Guzman has been confined in “horrific” conditions since he was extradited from Mexico to New York in January, adding that “he’s still a human being and still deserves his rights.”

Guzman’s new defense team has not yet filed an official notice of appearance in court, the Times reports, as they are waiting for assurances that their legal fees will not be seized as part of some $14 billion in alleged drug profits sought by the government. Such a massive forfeiture could devastate their client’s finances.

Guzman, who has twice escaped prison in his native Mexico, has been implicated in thousands of deaths and faces various firearms, drug trafficking and conspiracy charges. If convicted, he will likely face life imprisonment in the U.S. 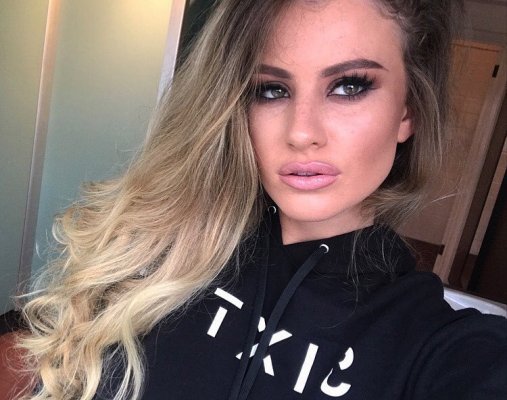 Kidnapped Model Who Was Almost Sold in Online Auction Details ‘Terrifying’ Experience
Next Up: Editor's Pick