The latest step in the ongoing conversation about the gender gap in tech came on Tuesday when Google announced that it had fired engineer James Damore for “perpetuating gender stereotypes” in an internal memo about the company’s corporate culture. In discussing the lack of gender diversity in tech, Damore had written about supposed biological differences between men and women, and how those differences “may explain why we don’t see equal representation of women in tech and leadership.”

But, in fact, many of the first computer programmers and coders were women, explains Nathan Ensmenger, a professor and expert on the history of computing at Indiana University and author of The Computer Boys Take Over: Computers, Programmers, and the Politics of Technical Expertise.

For example, in a recent paper, he cites the first written manual on computer programming, published in 1947. The guide described how “planners” would think about the problems they wanted the computer to solve, while “coders” would translate those ideas “into a form that the computer could understand.” The work of coding was “low-status, largely invisible, and therefore generally performed by women.”

TIME spoke to Ensmenger about how computer programming evolved into the male-dominated field it is today:

TIME: Why were there so many female programmers in the early days of computers?

ENSMENGER: The electronic digital computer gets invented in mid-1940s, mostly out of the war, but the word computer had [already] existed. “Computer” was a job category, and it was a person prior to the electronic digital computer, and it was almost exclusively, by the end of the 1930s, a woman. So it was quite natural that when you were developing electronic computers, you’d get human computers involved in that work, and those people were women. I tried to dissect Bureau of Labor Statistics numbers, and by my estimate, about 35% of computer programmers in the period between 1955 and 1970 are women.

Even as computing becomes more important, women still had a surprisingly prominent role partly because they had been there from the beginning and gotten good at it, and partly because it wasn’t a field with an established history; it wasn’t a male dominated field so there were opportunities for women. It was less about knowing the right people and having certain kinds of connections. If you were good at it, then you were good at it, and that was seen as particularly empowering for women. So there are a bunch of women who come out of these early computing projects — military projects, like the ENIAC, IBM — and advance really far in the field.

What was the educational and social background of the first computer programmers?

A lot of the early computer programmers did have degrees in mathematics, because if you were a women in degree with math, you could be a school teacher, and that’s really it. So as organizations were looking to hire programmers, they thought maybe mathematical training was relevant, and there were a lot of women who had degrees. And they were willing to take on this new job that was kind of unknown, wasn’t very high status, not very high paid, because they had no other good options; they couldn’t be engineers, physicists or university faculty.

What changed? How do we get to a situation where the large majority of the technical jobs at a place like Google are held by men?

One reason is the professionalization within the discipline in the mid-1960s. People start to develop computer science programs at universities, and they start to look to four-year degrees as an entry level requirement. One of the earliest and top computer science program is at Princeton, and they don’t even admit women. The site of a lot of innovation in computing starts to shift from corporations to places like MIT and Stanford and their computer labs, and these are places that are almost exclusively male. And out of that really intense computer lab culture come these stereotypes of the nerd, and nerd identity kind of excludes women.

And by the early 1970s, people like Stewart Brand are writing profiles in Rolling Stone kind of describing computer hackers in a celebratory ways, as male heroes. By 1983, you have the movie WarGames which I think really captures this for a mainstream audience. In fact, the early 1980s is exactly when female enrollment in computer science programs begins to decline, and it’s really been declining since 1982. What happens after that, I would argue, is simply the perpetuation of the nerd stereotype. These stories are so compelling: the college dropout who starts his own company and changes the world is a heroic kind of story; we love to tell these stories even when they’re not accurate. The film The Social Network is not a good history of Facebook because Facebook had a lot of prominent women involved in its early days, but the story of a Harvard dropout who can’t get a date so he founds a multi-million-dollar tech company to compensate is a great story.

When we tell those stories, it shapes not only who wants to participate, but who we think will succeed. And then this becomes replicated.

The problem with women and tech right now is not that women aren’t going into computing. It’s that they don’t stay. And the reason they don’t stay is that it’s largely an unpleasant environment to work in [for women]. That’s why it’s so important [to note] that this is a field that started out with women and becomes male, not the other way around. Marie Hicks’ wonderful book about computing in Britain tells a similar story about a field that starts with women, and then as it becomes more lucrative and powerful and more attractive to men, the women are squeezed out. But it’s not an accident, really.

So these hero stories, which are the exception, are blown up to a level that makes it seem like everyone in the industry is like that.

That’s right, and there are few actual people whose lives resemble that.

Is there any actual research that you know of that supports the idea that gender-based brain differences are behind the gender disparity in tech?

People may have heard about Grace Hopper or Ada Lovelace or the Hidden Figures women — are there other women in computer history whose stories you think are particularly worth highlighting?

Betty Holberton. She goes on to basically head up computing at the U.S. Census Bureau. Stephanie Shirley, a woman in the U.K. who basically founds a software company devoted to hiring other women. She’s one of the richest women in the U.K. — probably one of the first software billionaires — and for most of her career she went by Steve because she was concerned about sexism. Margaret Hamilton, a programmer at NASA, whom President Obama awarded the Presidential Medal of Freedom. Adele Goldberg, she’s at Xerox Park. Jean Sammet, she’s one of the key inventors of the programming language COBOL.

We’re just starting to acknowledge the work that these women did — but that’s a fault of our history, not a function of their lack of presence. They were invisible, but they weren’t absent. 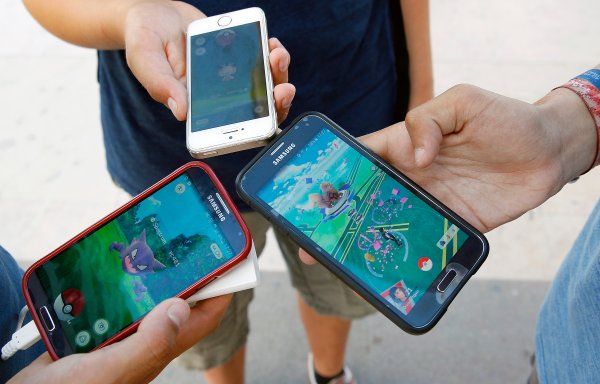 We Need the Liberal Arts in Technology's Age of Distraction
Next Up: Editor's Pick