This Is How to Play Metroid: Samus Returns Like a Boss

Nintendo of America announced the sleek alt-edition in a tweet that puts the handheld as available on September 15, simultaneous with Metroid: Samus Returns‘ arrival. It’s rather striking, sporting Samus’ signature atomic orange and gleaming gold hues with an etching of Samus herself crouching with one leg extended, as if about to blast one of the series’ scuttling alien adversaries into oblivion

Nintendo says the new custom handheld will run $199, same as the standard New Nintendo 3DS XL. Metroid: Samus Returns is sold separately for $39.99, or as a $49.99 special edition that includes a physical copy of the game, soundtrack CD (with 25 tracks ranging across the series) and a reversible game case insert.

Note that unlike the just-released $149.99 New Nintendo 2DS XL (read TIME’s review here), which includes an AC adapter, the New Nintendo 3DS XL still doesn’t include one, so you’ll either need to already have one, or buy one standalone for a few bucks. Personally, I prefer third-party USB cables, which let me plug into my laptop, or connect to a portable battery charger. 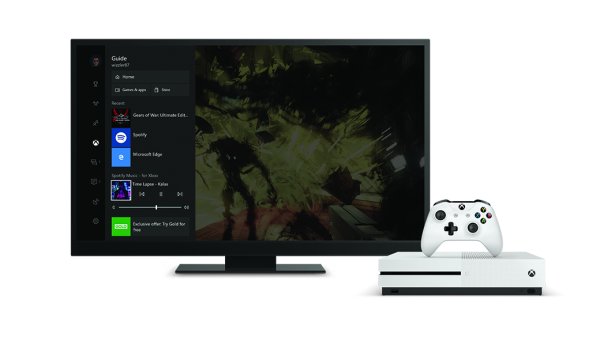 Spotify Is Finally On Xbox One
Next Up: Editor's Pick