Why Inflammation in Your Mouth May Raise Your Risk of Cancer

Women with gum disease are 14% more likely to develop cancer than those with healthy teeth and gums, according to a study published in Cancer Epidemiology, Biomarkers & Prevention. The link appears to be strongest for esophageal cancer, but associations were also found between poor oral health and lung, gallbladder, breast, and skin cancer.

The study looked at data from nearly 66,000 postmenopausal women, ages 54 to 86, who were followed for about eight years. At the start of the study, they completed a health survey and reported whether they had ever been diagnosed with periodontal disease, an inflammation off the gums that can lead to tooth loss.

Gum disease is caused by sticky, bacteria-laden plaque that forms on teeth. In the early stages, known as gingivitis, the gums can be swollen and bleed easily. Daily flossing and brushing can usually reverse gingivitis. If plaque is left on teeth, it can progress to periodontal disease, which is inflammation around the teeth that causes gums to pull away and form pockets, which can trap more food and bacteria. With time, the bacteria, inflammation, and body’s immune reaction can damage teeth and supporting bone structures, which can lead to tooth loss.

During the study’s follow-up period, about 7,100 of those women developed cancer. Overall, those with a history of periodontal disease were more than three times as likely to develop esophageal cancer—and nearly twice as likely to develop gallbladder cancer—than women without. Their risk for lung cancer, skin melanomas, and breast cancer was also increased by 31%, 23%, and 13%, respectively.

MORE: The Weight Loss Trap: Why Your Diet Isn’t Working

Periodontal disease is more common in people who smoke and drink, which are also risk factors for several types of cancer. And in the new study, women with periodontal disease were more likely to report a history of smoking, exposure to secondhand smoke, and alcohol consumption.

But even among non-smokers, gum disease was still associated with a 12% increased risk of developing cancer overall. For some types of cancer, the link to gum disease did disappear when the researchers factored out smoking habits. For other types—like melanoma and cancers of the gastrointestinal tract—the connection remained.

This isn’t the first study to suggest that gum disease is associated with certain cancers, but few studies—and none on older women—have calculated an overall increased risk. The researchers focused on this population because risks for gum disease and cancer both increase with age, and because a link had already been established in men.

Researchers don’t know for sure why gum disease and cancer are linked, says senior author Jean Wactawski-Wende, dean of the School of Public Health and Health Professions at the State University of New York at Buffalo. But she and other researchers believe that bacterial pathogens in the oral cavity may play a role.

MORE: You Asked: Do I Really Need To Floss?

“These pathogens can travel to different parts of the body through your saliva, and they come in contact with your stomach and esophagus when you swallow, or end up in your lungs through aspiration,” says Wactawski-Wende. When gums become inflamed and infected, pathogens—or disease-causing toxins—can also permeate the tissue and enter the blood stream, and travel to other parts of the body as well.

Previous studies have shown that these pathogens may play a direct role in the formation of cancer tumors and other inflammatory health issues throughout the body. Gum disease has also been tied to obesity, diabetes and cardiovascular disease, but it’s not clear whether gum disease contributes to these conditions or vice versa.

The study authors point out that they were only able to find an association, not a cause-and-effect relationship, between gum disease and cancer risk. And it’s possible that gum disease in the study was under-reported, they add, since they relied on survey responses rather than a doctor’s or dentist’s exam.

But the large study size and the strength of their findings make a good argument for more research, they say. In fact, they’re currently studying the oral microbiome—the type and variety of mouth bacteria—of women with gum disease, and they plan to see if there are any patterns or links to the cancers the women may develop n the future.

The study also makes a good argument for taking care of those pearly whites, says Wactawski-Wende—and the gums that keep them in place.

“Between this and other studies, we’ve seen a link between periodontal disease and heart disease, diabetes, and now cancer, so it seem to me that it would be prudent to recommend maintaining good oral health,” says Wactawski-Wende. “That involves brushing and flossing, but also seeing a dental professional who can monitor and clean your teeth, and who can prevent periodontal disease or treat any cases that do arise.” 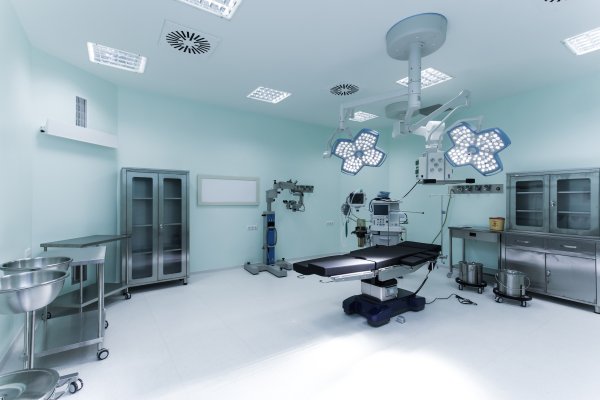 It’s Okay to Be a Coward About Cancer
Next Up: Editor's Pick