Friends fans will want to pay attention to this: “Joey” just explained one of the show’s lingering mysteries. Remember way back in Season Three when Joey shows up with his arm in a sling? On Monday night’s episode of Jimmy Kimmel Live! Matt LeBlanc revealed that the sling was not supposed to be part of the show at all, but the result of a real life stunt fail.

In the show, Joey simply shows up with his arm in a sling and makes some excuse about hurting himself while jumping on a bed, which is a very Joey thing to do. He then just goes along his way trying to show Monica that she can’t get over Richard by going to a sperm bank (which is a very Monica thing to think). LeBlanc told Jimmy Kimmel the truth behind that sling, though, and it doesn’t involve jumping up and down on a bed.

As LeBlanc explains in the clip, his arm was in a sling because he had dislocated his shoulder while filming a different episode of the show and it’s quite the story involving a fight over a chair with Chandler, an audience packed with Diet Coke contest winners, and a doctor from the TV show E.R. 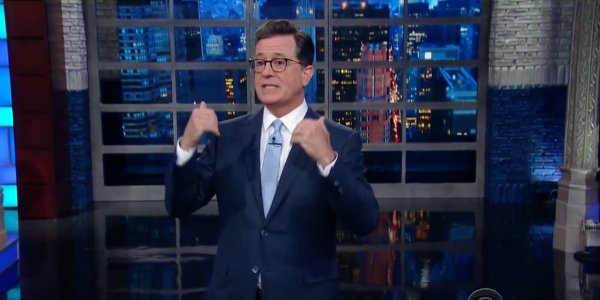