Groundbreaking model and member of 2017’s TIME 100 honoree Ashley Graham has had the kind of success in her career that most models only dream of. She’s graced the covers of magazines like Vogue and Sports Illustrated and walked runways for designers like Christian Siriano and Michael Kors; however, Graham is quick to acknowledge that her success as a curvy model in the body conscious fashion industry has been influenced by her privilege as a white woman.

In an interview with New York Magazine, Graham spoke about a conversation she’s had with her husband, cinematographer and documentary filmmaker Justin Ervin, who’s black; Graham explains that they’ve discussed that as a white woman, she’s often afforded opportunities and visibility that other models who are women of color have not been given.

“I know I’m on this pedestal because of white privilege,” she said. “To not see black or Latina women as famous in my industry is crazy! I have to talk about it. I want to give those women kudos because they are the ones who paved the way for me.”

Later in the interview, Graham namechecks other curve models who are women of color (Marquita Pring, Precious Lee, and Julie Henderson) and expressed her desire to broaden the horizons for all curvy women in the industry.

“I’m getting a seat at the table we’ve never had before, and I’m also pulling up a couple of seats around me,” she said. “I know this isn’t about me. Just one girl is not going to change the world.” 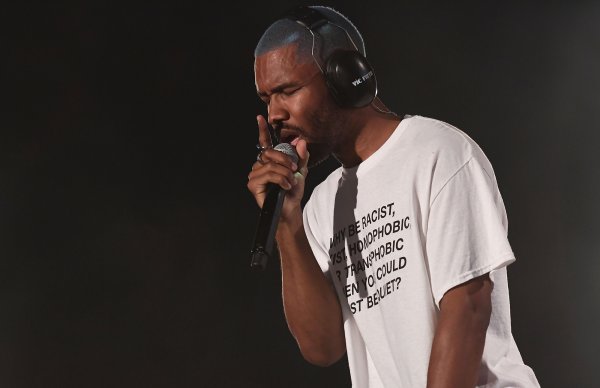 An 18-Year-Old Entrepreneur Made Frank Ocean's Powerful Statement Tee at the Panorama Festival
Next Up: Editor's Pick