Game of Thrones fans had all of the feelings on Sunday night after seeing Sansa Stark and her sister Arya reunite in episode 4 of season 7, after seasons spent apart and it looks like they weren’t the only ones feeling emotional after seeing the touching scene.

Sophie Turner and Maisie Williams, who play the Stark sisters on the series, took to Twitter to share their IRL reactions to Sansa and Arya’s reunion. This isn’t the first time that Turner and Williams (who are good friends in real life) have relied on social media to share their feelings about what’s going on with their characters on the show; in the past, they’ve revealed via Twitter that they prepared for Game of Thrones fame by practicing their signatures and have also nominated each other to rule Westeros.

This time, Williams sent Turner a cheeky message, “Honey, am home” as Arya reunited with Sansa, to which Turner responded in kind with “Come 2 mama.” Sisterly love has never been cuter than with these two! 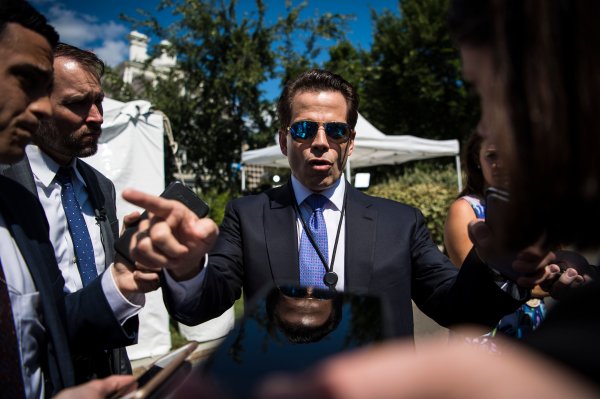 Meanwhile Anthony Scaramucci Just Got Owned By a Chicken Sandwich in Ireland
Next Up: Editor's Pick