Meera Reed may have left Winterfell to journey home in season 7 of Game of Thrones, but it seems likely we haven’t seen the last of Bran Stark‘s longtime protector.

“I don’t want to leave you, but when they come I need to be with my family,” she told Bran, referring to the White Walkers. “And you’re safe. Well, as safe as anyone can be now. You don’t need me anymore.”

However, Bran responded rather numbly to her goodbye, offering only an indifferent thank you for her years of sacrifice. “That’s all you’ve got to say?” she asked in disbelief. “Thank you? My brother [Jojen] died for you. Hodor and Summer died for you. I almost died for you.”

But while Meera may be upset over how deeply Bran was changed by his transformation into the Three-Eyed Raven, her return to Greywater Watch — the ancestral seat of House Reed — could potentially set in motion a chain of events crucial to the series’ end.

We know that Meera is the daughter of Howland Reed — the only survivor of the showdown at the Tower of Joy other than Ned Stark. It was once revealed during a season six flashback scene that Howland stabbed Ser Arthur Dayne in the back to prevent him from killing Ned in the battle — despite the fact that Ned always claimed he had personally defeated the legendary knight.

Considering what else happened at the Tower, Howland may be the only person alive who could testify that Jon Snow is not Ned’s illegitimate son but the child of Lyanna Stark and Rhaegar Targaryen — for those unwilling to take the word of a teenage boy claiming to be an all-knowing prophet.

Howland apparently never told his children about his role in Robert’s Rebellion, but they seemed to be aware of his close friendship with Ned. Jojen even told Bran that the only time he ever saw his father cry was when he learned of Ned’s death. However, Howland hasn’t left Greywater Watch — a moving castle that can’t be reached by raven — since the Rebellion.

If Meera returns home and tells her father of everything she has seen and learned, he may realize it’s finally time to reveal the truth about Jon’s parentage. Or perhaps — as Reddit user ekky137 speculates from details in George R.R. Martin’s A Song of Ice and Fire series — he has just been waiting for his moment all along.

Howland Reed hasn’t appeared on the show in the present day yet, but it feels like it’s time for him to finally show his face. 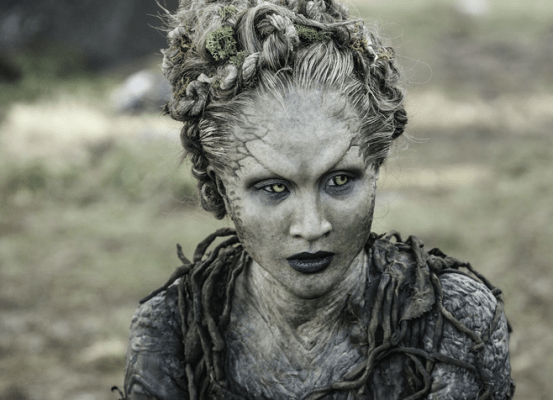 Game of Thrones Hid a Surprising Detail About the Children of the Forest in That Cave Scene
Next Up: Editor's Pick