Warning: The following post contains spoilers for Game of Thrones’ latest episode, ‘The Spoils of War.’

Noah Syndergaard hasn’t thrown a pitch for the New York Mets since April, but his arm looked plenty strong during Sunday’s Game of Thrones. The ace starter made a brief appearance during the episode’s climactic battle, playing a Lannister soldier who throws a spear with deadly results.

Syndergaard, who partially tore his lat muscle during an April start, had teased his Game of Thrones cameo earlier this year. “It’s a dream come true. I think it’s the greatest TV show of all time, so just to be able to say I was in Game of Thrones is an unbelievable feeling,” Syndergaard told Sports Illustrated in April. The right-hander, whose nickname is Thor because of his resemblance to the Marvel superhero of the same name, shot his cameo appearance in one day on the Thrones‘ Spain set.

In the wake of Sunday’s episode, which aired as the Mets were losing Los Angeles Dodgers, Syndergaard tweeted about his appearance … and his onscreen army’s defeat.

The All-Star is the latest celebrity to cameo on Game of Thrones this season as a Lannister soldier, following singer Ed Sheeran’s controversial appearance in the season premiere. 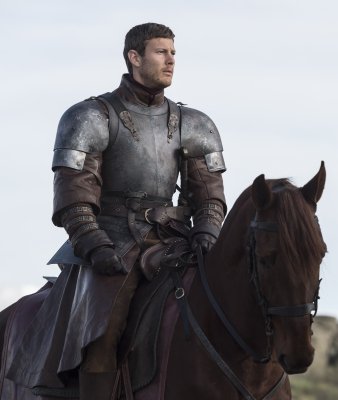