Chris Pratt and Anna Faris Are Separating: ‘We Tried Hard for a Long Time’

Chris Pratt and Anna Faris have decided to call it quits.

“Anna and I are sad to announce we are legally separating,” Pratt wrote in a joint statement shared on Facebook on Sunday. “We tried hard for a long time, and we’re really disappointed.

“Our son has two parents who love him very much and for his sake we want to keep this situation as private as possible moving forward,” he continued. “We still have love for each other, will always cherish our time together and continue to have the deepest respect for one another.”

The couple’s split comes after eight years of marriage. Pratt, 38, and Faris, 40, have one child together, Jack, who will turn 5 in August.The two met on the set of Take Me Home Tonight in 2007 and got engaged a year later before marrying in summer 2009.

There had been rumors tension between the couple over the past year and both Faris and Pratt had been spotted without their wedding rings at events, with Faris noticeably not wearing her ring at the L.A. premiere of The Emoji Movie in July.

A source says Faris often seemed unhappy while Pratt was away filming and that the separation was often hard for her to bear.

On April 10, Pratt shared a message about how much he loved Faris after she joined him for his press tour for Guardians of the Galaxy, Vol. 2.

“These press tours can be such a whirlwind,” he wrote. “I’m grateful to have you and the boy with me on this one. Although it’s 3:00am right now, I was just awakened by a square kick to the back as little man climbed into bed and then must have had a karate dream or something and now I can’t sleep. I’m on insta instead. All you dads and moms know what I’m talking about.”

Pratt gushed about his relationship with Faris while accepting the MTV Award for best action performance in 2016 for Jurassic World.

“Our son was destined to be tough, but thanks to you he will be smart, too,” he said of Jack, who was born prematurely.

The actress opened up about her marriage to PEOPLE recently, saying they just like to relax when they’re home together.

“Chris loves to work in the garage and I love to do laundry and watch reality television,” she said. “Just normal people.”

“I don’t think that’s something, when you’re an actor, that you’re prepared for,” she said. “There are two different roles that you play — the one on-camera and the one in public. That’s the tricky part.”

The actor also previously told PEOPLE in 2015 how the couple worked hard to not lose track of their own relationship amid work, family and fame.

“It’s just as important, if not more important, to focus on your relationship with your partner because your children are going to leave one day [and] you have to maintain a relationship that’s going to outlast your child’s needs for you,” he said. “I have the support of a strong partner who’s been through this and understands it and whom I can share these experiences with. And we have a family that we’re starting that’s the focus of my attention.” 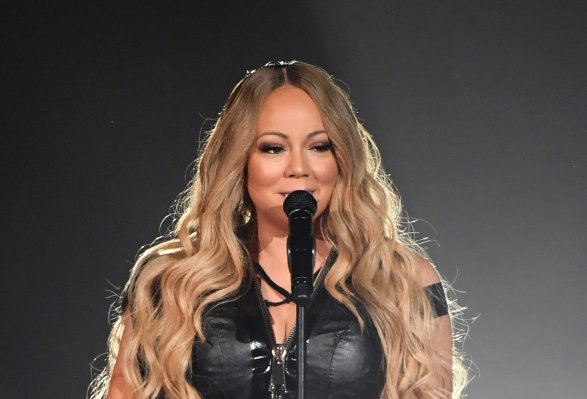 Mariah Carey Wore a Cowboy Hat So Her Fans Gave Her Hits a Country Twist
Next Up: Editor's Pick