Anna Faris and Chris Pratt arrive at the "Passengers" Los Angeles Premiere held at the Fox Village Theatre in Westwood, CA on Dec. 14, 2016.
Sthanlee B. Mirador—Sipa USA/AP
By Melissa Chan

North Korea pledged to retaliate against the U.S. “thousands-fold” over new sanctions that ban Pyongyang from exporting over $1 billion worth of goods, including coal and iron, according to the Associated Press. North Korea blamed the strict penalties on a “heinous U.S. plot to isolate and stifle” leader Kim Jong Un’s government.

Taylor Swift is slated to testify in groping case

Jury selection is expected to begin today in a groping case involving pop star Taylor Swift and a former disc jockey. Swift has claimed David Mueller groped her at a 2013 meet-and-greet, while Mueller says he was falsely accused. The singer is expected to testify in Denver this week.

Chris Pratt and Anna Faris are splitting up after eight years of marriage. “We tried hard for a long time, and we’re really disappointed,” the Hollywood couple said in a joint statement. “Our son has two parents who love him very much and for his sake we want to keep this situation as private as possible moving forward. We still have love for each other, will always cherish our time together and continue to have the deepest respect for one another.”

A gunman has killed at least 11 people in an attack on a Catholic church in Nigeria.

Chicago is suing the Trump administration over threats to withhold sanctuary city funding.

Severe turbulence on an American Airlines flight has injured at least 10 people. 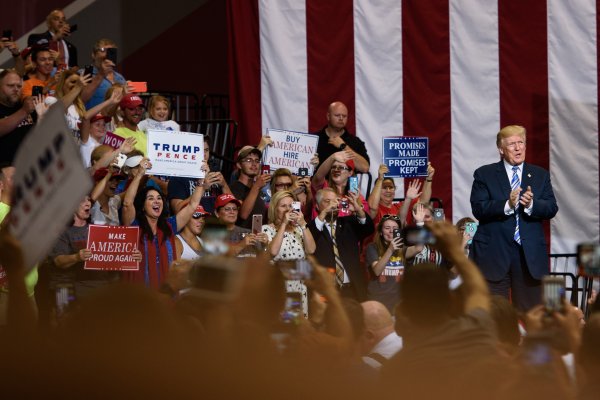