Windows Phone 8.1: If This Can't Help Microsoft's Mobile Efforts, What Will?

For all the things Windows Phone does well, it’s always felt like a game of catch-up. Whether it’s copy-and-paste, multitasking or proper turn-by-turn directions, the biggest features of each update tend to be ones that iOS and Android users have enjoyed for a while.

With Windows Phone 8.1, Microsoft is still playing catch-up, but something’s different this time. At least in terms of core operating system features, I’m having trouble thinking of any more major areas where Microsoft hasn’t caught up to its rivals.

Here’s a rundown of some of the major new additions in Windows Phone 8.1:

Windows Phone devotees have long argued–wrongly, I think–that Live Tiles are an adequate way to view notifications. The problem with Live Tiles is that they’re too hard to glance at quickly. You have to exit whatever app you’re in just to see them, and the information may be scattered randomly across the screen.

Microsoft recognized this, and so Windows Phone 8.1 will include a proper place for notifications, dubbed “Action Center.” The system is similar to those of iOS and Android, letting you view notifications by swiping down from the top of the screen.

Having to dig into a settings menu just to toggle the screen rotation lock or Bluetooth is not a pleasant experience, and thankfully that’s getting corrected in Windows Phone 8.1. Microsoft is taking a page from some Android phones and putting a customizable strip of quick settings inside the Action Center.

Cortana sounds like a cross between Siri and Google Now. Like Apple’s virtual assistant, Cortana learns your name, has a personality, and taps into Bing to answer general search queries. But like Google Now, it automatically serves information on things like sports scores, upcoming flights, package deliveries and news stories on topics of interest. Cortana also borrows from the iPhone’s “Do Not Disturb” feature by silencing your phone during “Quiet Hours,” while still letting you specify who can reach you at any time. And just like Google Now, Cortana lets you search with text instead of just voice. (One unique thing Cortana does is let you set reminders that trigger when you’re texting or talking to a specific person on your phone.) Whether Cortana is a hit will come down to execution, but it at least sounds like it’s miles ahead of the rudimentary voice search that Windows Phone offered before.

By now, I’ve gotten so used to Swype on Android phones that it’s hard to go back to anything else. That’s as true for Windows Phone as it is for the iPhone, whose keyboard has largely stayed the same over the years. Fortunately, Windows Phone 8.1 is adding a Swype-style keyboard, which Microsoft is calling “Word Flow.”

On my phone, I’m constantly reading stories in Chrome, and using the browser’s tab sync feature to open those pages later in Chrome on my PC. Sadly, there’s no version of Chrome for Windows Phone, but Windows Phone 8.1’s tab sync capabilities should help make up for it. At least I’ll be able to open links in Internet Explorer on my PC instead.

These aren’t the only changes in Windows Phone 8.1, but they’re the most essential. As I look through my iPhone and HTC One, I’m no longer coming up with glaring omissions from Microsoft’s platform.

That’s not to say Windows Phone 8.1 has absolutely everything I want in a smartphone platform. I’d still like a way to view and answer text messages from my computer, and a way to set defaults for certain types of applications, such as e-mail. And I still think the potential for Xbox gaming on Windows Phone is unrealized, with very few cross-platform games available. But the lack of those features aren’t dealbreakers for me.

Of course, I haven’t addressed the elephant in the room, which is the shortage of apps available on Windows Phone. There’s also the related issue–and, perhaps, the more serious one–of existing apps not getting updates and new features as quickly or as often as their iOS and Android counterparts. (One example: Spotify overhauled its free music service in December, but won’t deliver it to Windows Phone users until the spring.)

There’s no easy answer to those challenges, though it helps that Microsoft is adding universal apps for Windows and Windows Phone, with the option to have purchases carry over across platforms. Developers are likely to continue favoring iOS and Android, but if they do target Microsoft’s platforms, they can reach a wider user base than before without much extra work.

For me, at least, the app shortage has never been the big problem with Windows Phone. My frustrations have come from the operating system, which seemed to stand in the way of me getting things done. With the changes in Windows Phone 8.1, I’m ready to give it another shot–and I’ll be at a loss for ideas if it still doesn’t work out. 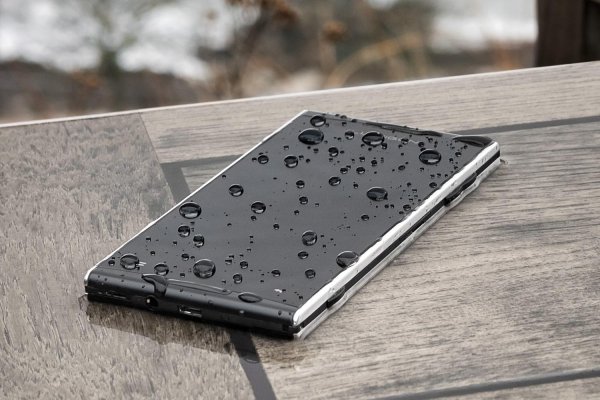