Review: In Step, Portraits of Determination and Dance

Directed by Amanda Lipitz, it tracks several students as they make their way through senior year at the Baltimore Leadership School for Young Women, a public charter school established in 2009 with the mission of sending every one of its low-income students to college. These students, the first to graduate from the school, are also members of the school’s step-dancing team. The classes are both a respite from the complicated situations some of them face at home and a place where they feel confident and creative. Step hits every beat you expect, where you expect it, but it’s still satisfying in an elemental way. You can’t help wanting these women to succeed, which essentially depends on their getting into college. When one of the young women receives the dreaded skinny envelope in the day’s mail, your heart does a little dip.

Step takes place in 2015, not long after Freddie Gray died under suspicious circumstances while in police custody, an event that haunts the students. They have pride in their community, but setbacks abound. Dancing is an escape, and they take it seriously, especially as they rehearse for a big upcoming, tri-state step competition. Their team is called the Lethal Ladies of BLSYW, and if they’re occasionally fierce dancers, they still betray the same insecurities and anxieties all teenage girls do.

Tayla Solomon is the only child of a single mother who works as a corrections officer and takes an enthusiastic and clearly vicarious interest in step class: Tayla is well practiced in rolling her eyes at her mom, but the bond between them is clear. Cori Grainger is the ace student who’s hoping to get into Johns Hopkins on a full scholarship—she doesn’t even want to take out the smallest loan, as she’s worried about having debt, and her family is financially strained as it is. In the movie’s most off-handedly touching moment, Cori refers to her mother as “a magic wand in human form,” a woman who has gone to great lengths to give her children what they need. “At one point we were homeless and we didn’t even know it,” Cori says.

The movie’s big star, by sheer force of will, is Blessin Giraldo, a teenage stunner who knows everything about hair and makeup and constant reinvention and transformation. (Keeping up with her ever-changing hair looks is one of the movie’s subtle delights.) But Blessin’s home life isn’t easy—her mother struggles with debilitating depression—and her grades aren’t as good as they need to be. At one point, rejected from a school to which she applied, she laments that she would have gotten in if there’d been an in-person interview, and she’s probably right. With her Cleopatra eyes and dazzling, dimpled smile, she has enough charisma and openness to win over even the most hardened admissions officer.

Step is also about the teachers and counselors at the school who worry constantly about their students, and we worry along with them. And there is, of course, lots of dancing. The girls’ meticulously choreographed routines are a way for them to find order in their lives, but there’s just pure joy in them too. Realistically, it’s probably not possible to dance your cares away. But the determination of these girls makes you believe in it. 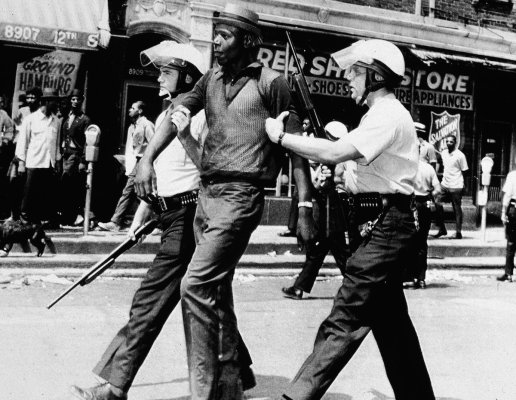 What We Still Get Wrong About What Happened in Detroit in 1967
Next Up: Editor's Pick