4 Ways Going to the Doctor Is Radically Changing

The future of health care in the U.S. is far from settled, but how people receive it now is also undergoing a revolution. Health records are antiquated, there’s a shortage of primary care physicians and access to birth control and emergency contraception is limited in some places.

Health and technology companies operating largely outside of the standard health care system are attempting to solve these and other problems with alternative approaches. Whether they have staying power remains to be seen, but here are four compelling methods on the rise.

It can take more than three weeks to get an appointment with a new doctor, but now, people in all 50 states can visit a physician through their smartphone. “Telemedicine has been touted as the next big thing for several years, and I think it’s finally getting to a stage where adoption is kicking in,” says Hill Ferguson, CEO of Doctor On Demand, an online video chat app. The app provides a platform for more than 1,000 doctors and more than one million users, Ferguson says.

Whether that means obtaining a prescription from your couch or chatting with a therapist for 10 minutes at the office, video chat visits are becoming increasingly common: By 2020 there could be an estimated 45.6 million virtual consultations performed in the U.S., according to data and analysis company IHS Markit. Adoption of telemedicine in health care has increased from about 54% in 2014 to 71% in 2017, and the use of telemedicine in health care increased 9% from last year, according to April 2017 research from HIMSS Analytics, a global healthcare IT market research group.

Telemedicine is also becoming a greater part of health care treatment in rural areas, and more hospitals are embracing video consultations. A May 2017 study found that from 2004 to 2014, use of telemedicine for mental health visits among rural Americans on Medicare increased an average of 45% per year. Virtual medicine is becoming more specialized, too; Maven, a digital clinic catering to women that launched in 2015, offers lactation specialists and midwives, for example.

There are some downsides to telemedicine. Rather than seeing a consistent doctor or team of health care providers, telemedicine apps connect people with physicians that happen to be available, though some allow users to chat with specific doctors they like. Some research suggests that virtual visits may not necessarily reduce health care spending, since more people may obtain care for minor illnesses they wouldn’t have otherwise, and some doctors argue that reimbursement in some states isn’t enough to invest in the technology. But while it may never fully replace in-person appointments, telemedicine could help cut down on unnecessary and costly trips to the emergency room, especially now that more insurance companies are covering digital appointments. Medicaid offers some level of reimbursement in 48 states including D.C., and most private insurers do as well.

Birth control delivered to your door—even without a prescription

Several online services are making it easier for people to get access to birth control and other reproductive health needs, like Plan B or PrEP, by delivering them. Companies like Nurx allow people to order birth control online without a visit to a doctor’s office. (Instead, a doctor remotely reviews the request.) Nurx prescribes and delivers more than 40 brands of birth control pills, as well as the ring, patch and emergency contraception. Shipping is free, and if people have insurance, the service is free. For people without insurance, it’s priced at $15 per month.

MORE: Getting an Abortion With Telemedicine Is Safe, Study Says

Hans Gangeskar, the CEO of Nurx, says that while they’re trying to lower the price, Nurx is still a cheaper option than paying for a doctor’s appointment and contraception. “It’s a two-to-three minute online interaction,” says Gangeskar. Other similar services include PRJKT RUBY and The Pill Club.

Medical centers that accept cash, rather than insurance, are on the rise, and they now number in the thousands. These primary care practices are a way for Americans to get around high-deductible insurance plans. While some centers charge flat fees for each procedure, another model is gaining popularity. A clinic in San Francisco called Forward offers comprehensive health exams and around-the-clock access to doctors for a monthly membership fee.

MORE: Why (Almost) Everyone Is Embracing the Digital Doctor

Forward does not accept insurance. Instead, members pay $149 a month for access to doctors’ appointments, vaccines, generic medications, blood tests, genetic screenings, around-the-clock chat privileges with a doctor and other services provided on site. By working outside the insurance model, Adrian Aoun, the CEO and founder of Forward, says the company is beholden to patients instead. “We are the opposite of traditional health care,” he says. “You can come in as often as you need—instead of seeing your doctor once or twice a year, they’re in your pocket.”

Some experts take issue with Forward’s use of full-body imaging scanners, due to the negative consequences of over-screening where there is always a risk for false positive results and over-treatment. But Roeen Roashan, a senior analyst for digital health at IHS Markit, says he believes that if the cost could be brought down to closer to $99, the approach could take off. “More people will disconnect from institutional health care and go to these independent providers who have nothing to do with the government,” Roashan says.

The return of house visits

A centuries-old health care approach is popular again. Concierge medicine, where a doctor visits patients at their home, is regaining traction.

Heal, a medical concierge company available in California, Washington D.C. and Northern Virginia, has been called the “Uber for Doctor Housecalls.” Users download the Heal app and schedule an appointment with a primary care physician who will visit them in their home (or wherever they are). “Traditional healthcare is mired in bureaucracy, inefficiency and overload, so doctors push papers rather than see patients,” says Nick Desai, CEO and co-founder of Heal. “Patients either overuse the ER or avoid doctors altogether. Understanding the home environment and having more time with patients translates to savings for all.”

Heal doctors are available seven days a week, and the service accepts insurance from major providers. Without insurance, an appointment is not cheap, at a flat fee of $99. Heal is currently available in 200 cities, and over the next year, Desai says he plans for Heal to be launched in 8 to 10 more. Other medical groups are taking advantage of the concierge model, too. In August, the Home Centered Care Institute announced that it is launching an education program to train 5,000 new doctors how to care for elderly people in their homes. Training programs include prominent hospitals like the Cleveland Clinic and Northwestern University Feinberg School of Medicine. 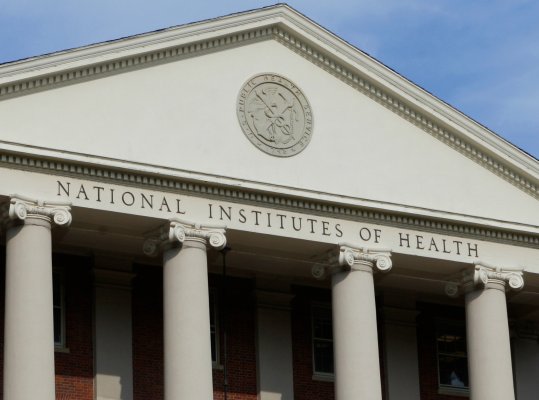 Nobel Laureate: Please Put Your Disease on Hold as Congress Decides Whether to Cure It
Next Up: Editor's Pick