Israeli police acknowledged publicly for the first time that a criminal investigation of Prime Minister Benjamin Netanyahu involves suspicion of bribery, fraud, and breach of trust.

The disclosure was made in a court-issued gag order prohibiting news media from reporting details of negotiations with a former Netanyahu aide to testify against him. A photograph of the document was sent by police in a message to reporters’ mobile phones.

Police investigators have questioned Netanyahu several times at his residence, and have also spoken to some of the prime minister’s friends and associates, including billionaires Sheldon Adelson, chairman and majority owner of Las Vegas Sands Corp., and Arnon Milchan, the Hollywood producer of films such as Fight Club and The Big Short.

Details of the investigations have been regularly leaked to Israeli media, but the court order was the first time the possible charges were made public by the police.

One of the cases involves suspicions that Netanyahu, 67, received gifts including expensive cigars and champagne from wealthy businessmen, according to Channel 2 and other Israeli media. In a second case, Netanyahu is suspected of conspiring with the owner of Israel’s Yedioth Ahronoth newspaper to undermine a competing free daily backed by Adelson, according to Channel 2.

Investigators also are looking into suspicions that Netanyahu associates improperly profited from Israel’s purchase of nuclear submarines from Germany’s ThyssenKrupp AG in a deal worth more than $1.5 billion, although Netanyahu himself isn’t a suspect in that case.

Netanyahu, Israel’s second-longest serving prime minister, denies all wrongdoing and says the investigations are a witch hunt set off by political opponents. His office declined to comment on the police disclosures in Thursday’s gag order. 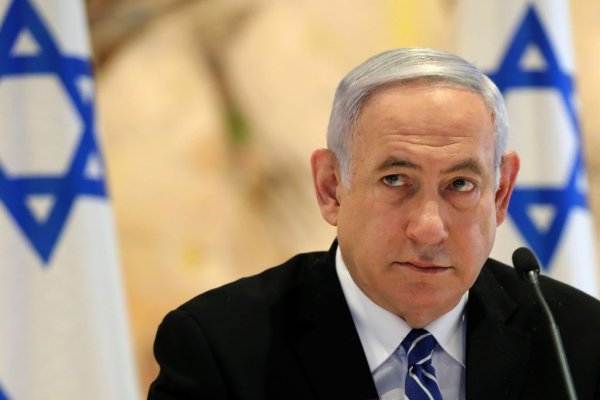