50 Years Ago This Week: Identifying the Enemy in Vietnam

Despite all the strategizing and thinking and writing and protesting that had taken place in the U.S. since the War in Vietnam had begun, a fundamental question remained unanswered for many people: Who exactly were we fighting? This week’s cover story attempted to address that difficult issue.

The reason for the persistence of the question was that the U.S. and its allies were essentially fighting two wars in one — the fight against North Vietnam and its soldiers was that different from the one against Viet Cong guerrillas. In the former, the American forces were, all admitted, so much better equipped that it was “no longer a contest.” But in the latter, there was little indication that the guerrillas had “lost either heart or stomach” for the fight. New revelations about how exactly they sustained that fervor had come when a series of operations had given U.S. officials access to “literally tons of enemy documents.”

The upshot was that the Viet Cong (or the National Liberation Front, as they called themselves) were “part of a massive, well-oiled machine” that had been years in the making, dating all the way back to the Viet Minh guerrillas who had helped defeat the French in 1954, the year the nation had been divided into North and South. And, over that time, they had become expert at tactics that to U.S. observers seemed beyond the realm of normal warfare:

Despite the dedication exposed by this new knowledge of the enemy, the U.S. mood, in 1967, remained optimistic. Keep up the pressure, the thought went, and Hanoi would eventually have to give up — an estimation that showed that, even as understanding of North Vietnam deepened, the American public still had a lot to learn.

Traffic danger: Despite everything going on in Vietnam, the “modern living” section pointed out, the war was not the biggest threat to young American men. Traffic accidents had killed 12,200 young American men between 16 and 24 in the previous year, and that was more than twice the number killed in Vietnam in that same span.

Magic movie: The Wizard of Oz sat solidly atop the list of beloved American movies—at least as far as TV repeat viewership went—with an average of more than half of all American television sets tuning in when it was broadcast. NBC had just agreed to pay about $3.5 million for the rights to its next five TV airings, but Judy Garland and its other stars wouldn’t see a cent, as the idea of residuals for actors hadn’t been introduced until 1960.

Gunning for readers: For a look at the state of the American gun-owner, TIME examined the pages of the American Rifleman, the official publication of the National Rifle Association. Though the magazine and its fellow gun-centric outlets had long concentrated on technical articles about care of guns and hunting tips, American Rifleman had recently switched to a tone that urged U.S. gun owners “to keep and bear arms and not let anyone take them away.”

Out for a drink: With the U.K. in the middle of a recession, people who made a living supplying standard goods for British pubs—brass rails, bar tops, dart boards—had come up with an innovative solution. The latest thing in the pub world, TIME reported, was the “prefab pub” that provided overseas markets with all the stuff needed to put together an authentic British bar experience in just ten days.

Great vintage ad: This ad for steel manages to show off both ’60s-era sexism (“isn’t it true that your wife puts closet space high on her must list?”) and ’60s-era interior design trends.

Coming up next week: Sandy Dennis 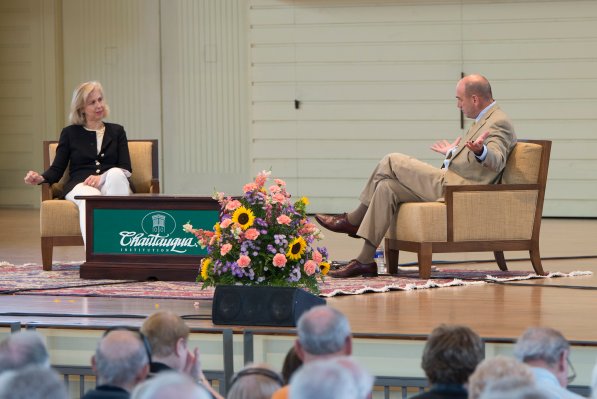