Halo Top has announced a bunch of new flavors of the low-calorie dessert that has taken over the ice cream world.

The ice cream brand, which offers what it calls a healthy alternative to full-calorie ice cream, introduced seven new flavors Thursday that will be available in grocery stores later this month.

Consumers will soon be able to eat ice cream for breakfast with Halo Top’s Pancakes & Waffles flavor, which actually includes pieces of pancakes and waffles in each bite, according to a press release. The other new flavors include Cinnamon Roll, Mochi Green Tea, Rainbow Swirl, Candy Bar, Chocolate Covered Banana and Caramel Macchiato.

“Making new flavors is always fun and we absolutely can’t wait for these to hit shelves,” Halo Top CEO Justin Woolverton said in a statement.

Each pint of Halo Top has between 240 to 360 calories and 20 to 24 grams of protein. There are already 17 flavors in Halo Top’s lineup, including fan favorites like peanut butter cup and chocolate chip cookie dough. 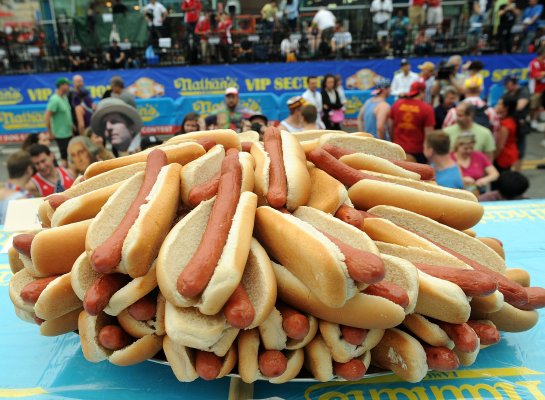