Rime for the Nintendo Switch Has a Release Date at Last

The worst you could say of Tequila Works’ Rime is that it’s an above-average puzzle game, and the best would involve talking about how lovely its interactive watercolor-ish vistas looked. If you missed it when it arrived for PC, PlayStation 4 and Xbox One in May because you’re rocking a Nintendo Switch, it finally has a release date for Nintendo’s hybrid handheld-TV games console: You can download a copy for $30 on November 14 in the U.S.

If you’d rather buy the physical version, there’s a $10 premium, or $40 total. That version includes a download code for the game’s soundtrack by composer David García Díaz. (You can sample some of it here.) I neglected to mention it in my review of the game, but it’s quite nice, a lovely mix of orchestral, organ and electronic sounds that map beautifully to the game’s shift between ebullient and elegiac moments.

Rime was originally supposed to be a PlayStation 4 exclusive back in 2013, so it’s kind of amazing to think that after all this time, it’s available on three platforms, about to be joined by a fourth. 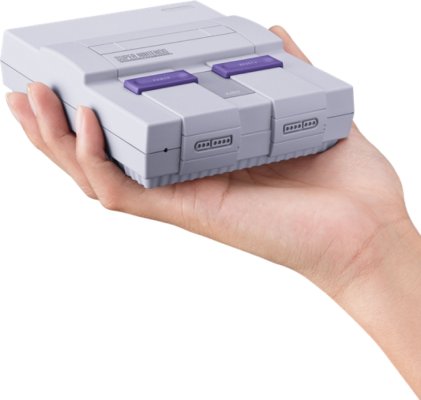 The Super NES Classic Has a Preorder Timeframe
Next Up: Editor's Pick