Daenerys Targaryen may have once agreed to allow Jon Snow to mine the dragonglass under Dragonstone in the third episode of Game of Thrones‘ seventh season, but he still needs to figure out how to forge the substance into viable weapons. Dragonglass — along with Valyrian steel — is one of two known materials capable of killing White Walkers. This means time is of the essence for the King in the North.

Luckily, there’s one character who may be extremely useful in this endeavor. Despite the fact that Gendry hasn’t been seen since he rowed away from Dragonstone in the season three finale, some fans believe the blacksmith will be the key to arming the living in the war against the dead.

Of course, Gendry’s background helps make this theory seem more likely. When viewers first met Robert Baratheon’s bastard he was working as an apprentice for Tobho Mott, one of the few armorers who knew how to rework Valyrian steel, in King’s Landing. It was never revealed whether Mott taught Gendry his secrets. However, when George R.R. Martin was asked that question by a fan, he gave a noticeably evasive response.

If Gendry does in fact know how to rework Valyrian steel, it stands to reason that he may know a thing or two about dragonglass as well.

Not to mention that Joe Dempsie — who plays Gendry — seemed to confirm his character was slated to return while attending Thrones‘ season seven premiere. “Very fortunately, from what I’ve seen it’s been nothing but interest and excitement and some quite witty memes,” he told the LA Times of fans’ reaction to the news.

We’ll be keeping an eye out for you, Gendry. 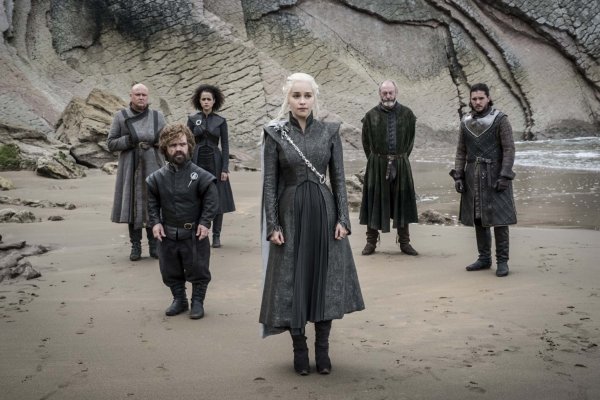 This Game of Thrones Theory May Confirm the Savior of Westeros
Next Up: Editor's Pick