A British punk singer who claimed he was denied entry to the United States because he previously impersonated President Trump onstage did not have a proper visa to perform in the U.S., according to Customs and Border Protection officials.

Peter Bywaters, the lead singer of Peter and the Test Tube Babies, told Team Rock in a recent interview that he had planned to rendezvous with his band mates and perform at the Punk Invasion 2K17 festival in Santa Ana, California, last weekend, only to be turned away by CBP officers in San Francisco. Bywaters said he was confronted with video of him dressed up as Trump during a concert in Germany last year, and “from there it all went downhill.”

CBP spokesman Jaime Ruiz told EW that Bywaters’ lampooning Trump was not the reason he was blocked from entering the country. “The claim that he was refused entry to the United States because he mocked the president of the United States, that is absolutely not true,” Ruiz said Wednesday. “That is false. The reason he was denied entry was because he came with the wrong visa.”

According to the CBP, Bywaters presented a visitor visa and did not initially disclose that he intended to perform during his trip. To do so, he would be required to have a P1 visa.

Asked if CBP officers could deny entry to an artist or performer over their work or statements, Ruiz said the agency has discretionary authority to determine the line between entertainment or freedom of expression and legitimate threats to the U.S.

Representatives for Peter and the Test Tube Babies did not respond to request for comment. According to the band’s Facebook page, several guest singers were enlisted to fill in for Bywaters at the festival. 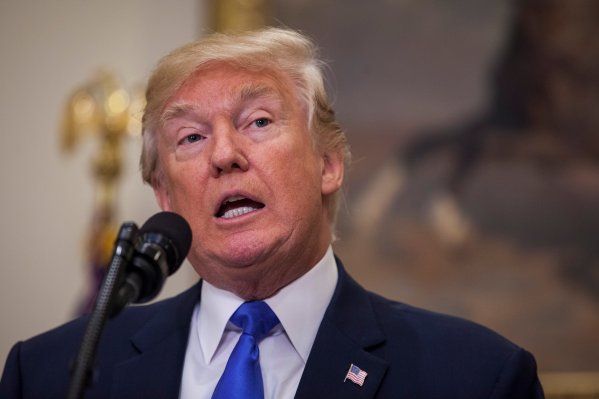