Back in November, Dave Chappelle was tasked with the tough duty of hosting the first post-election episode of Saturday Night Live. In his funny and moving monologue, the comedian vowed to give Donald Trump a chance as president. So, seven controversy-filled months later, Stephen Colbert checked in to see if Chappelle still feels the same way.

“It’s not like I wanted to give him a chance that night,” he said, laughing, on Wednesday’s Late Show. “In the last six months, I think we’re all getting an education about the presidency. I don’t know if I’ve ever heard just in popular discourse people discussing ethics this much. I didn’t even realize how ethics was supposed to work at that level of government. And he’s putting all this stuff at the forefront.”

Colbert quipped, “Well, nobody really talks about oxygen until someone’s got their hands around your throat.”

Chappelle, who said Trump’s shocking victory made many white Americans realize how black Americans feel every election, said Trump’s win has led to some progress.

“I think he’s gonna make a more informed and better voter,” he shared. “We’ll figure it out. We’ll work it out. He’s a polarizing dude. He’s like a bad DJ at a good party.” 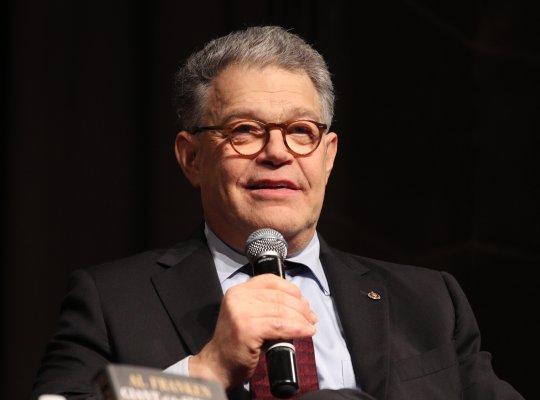 Al Franken Tells Colbert About the Moment John McCain Voted No on Health Care Repeal
Next Up: Editor's Pick