A suicide bombing in a Herat, Afghanistan, mosque left 37 dead, including the father of the Afghan robotics team captain.

The team of six teenage girls attracted attention after they were denied visas allowing them to enter the United States and compete in the First Global event twice.

Fourteen-year-old team captain Fatemah Qaderyan told the New York Times that the support of her parents was crucial to her success. Her father Mohammed Asef Qaderyan was among those killed Tuesday. ISIS has claimed responsibility for the attack, which wounded an additional 66, according to the Times.

Afghan technology entrepreneur Roya Mahboob, who helped the team get to the United States, tweeted his condolences to Fatemah Qaderyan Thursday writing, “Condolences to Team Afghanistan’s captain, Fatemah whose father passed away in recent attack by ISIS in Herat. His daughter made him so proud.”

The robotics team won a silver medal for their achievement and were celebrated upon their return to Afghanistan. 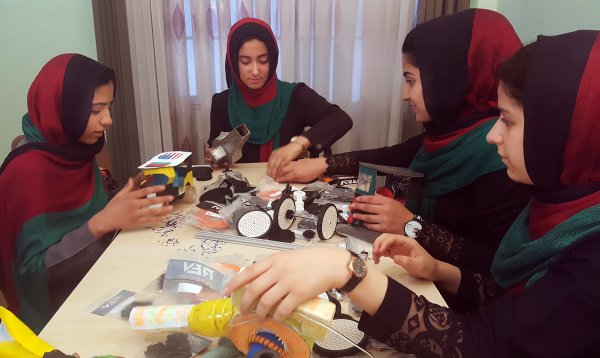 Afghan Girls Robotics Team Gets Its U.S. Visas
Next Up: Editor's Pick