WASHINGTON, DC - JULY 31: National Security Adviser H.R. McMaster listens during a daily briefing at the James Brady Press Briefing Room of the White House July 31, 2017 in Washington, DC. The U.S. government has imposed sanctions on President of Venezuela Nicolas Maduro after the passing of a legislation that will further consolidate his power. (Photo by Alex Wong/Getty Images)
Alex Wong—Getty Images
By Bloomberg

The White House said a National Security Council staff member caught up in a controversy over the release of intelligence material to a member of Congress is leaving his job, a signal that National Security Adviser H.R. McMaster is gaining firmer authority following the installation of John Kelly as the president’s new chief of staff.

Ezra Cohen-Watnick, 31, who led the NSC’s Intelligence directorate, was an ally and former Defense Intelligence Agency colleague of former National Security Adviser Michael Flynn, who resigned after he misled administration officials, including Vice President Mike Pence, about his contacts with the Russian ambassador to the U.S.

McMaster had previously sought to move Cohen-Watnick off the NSC but had been blocked by other senior advisers to President Donald Trump. That he was now able to do so following Kelly’s swearing-in on Monday may be a sign that McMaster — like Kelly, a former general — is being given more power to shape the NSC.

“To me, this was simply about chain of command,” said Michael Hayden, the former director of CIA and of the National Security Agency. “This is the way things are done in John Kelly’s universe. People with responsibility get commensurate authority. McMaster wanted him out.”

It was unclear whether Cohen-Watnick would remain in some capacity. A statement released by the White House said McMaster “is confident that Ezra will make many further significant contributions to national security in another position in the administration.”

Cohen-Watnick gained notoriety in Washington after it was reported that he had shown House Intelligence Committee Chairman Devin Nunes classified documents that allegedly revealed members of the Obama administration had sought the identities of Trump campaign officials and associates inadvertently caught on government intercepts, known as “unmasking.” Nunes then revealed that information publicly in an attempt to bolster Trump’s unsubstantiated allegation that President Barack Obama had wiretapped him.

The news of Cohen-Watnick’s departure came shortly after The Atlantic magazine reported that Rich Higgins, a former Pentagon official who served in the NSC’s strategic planning office, was dismissed last month.

The magazine reported that the departure of Higgins was probably motivated by a memo in which he outlined perceived threats to Trump’s presidency. In the memo, Huggins reportedly argued that allegations over Russian interference in the election were a plot to sabotage the president’s agenda, and that a cabal of globalists, bankers, the “deep state” and Islamists were conspiring to derail his agenda. 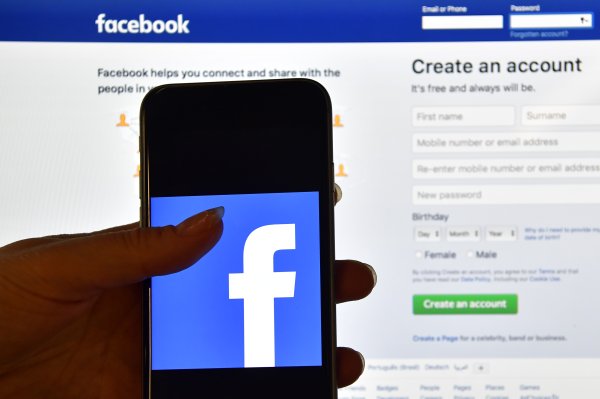 Police Official Resigns After Posting Racist Facebook Meme: 'He Didn't Do This to Offend Anybody'
Next Up: Editor's Pick