Emergency personnel move away as a gas fire continues to burn following an explosion at Minnehaha Academy Wednesday, Aug. 2, 2017, in Minneapolis.
David Joles—AP
By Melissa Chan

Trump wants to cut legal immigration in half

President Donald Trump supports a Republican-led measure that would slash legal immigration in the U.S. in half within 10 years and create a “merit-based system.” Trump said the bill “demonstrates our compassion for struggling American families who deserve an immigration system that puts their needs first and puts America first.”

An explosion at a Minneapolis school has left two people dead and several others injured, fire officials said. The cause of the blast is unclear. A receptionist and janitor were killed, according to the New York Times.

For the first time, scientists in the U.S. have corrected a disease-causing mutation in human embryos, using the CRISPR gene-editing tool. CRISPR — a manmade molecule that can pinpoint and cut out diseased DNA from genomes — fixed a genetic defect in human embryos that can cause heart problems, according to a new study. Researchers hope it could one day change how inherited diseases are treated or prevented.

The NAACP backs a travel advisory for Missouri over civil rights concerns.

Anthony Scaramucci says he will tell his side of his White House ouster online tomorrow.

Kidd Creole, a 1980s rapper, has been arrested after a fatal stabbing.

Climate change will make parts of South Asia unlivable by 2100, according to a new study. 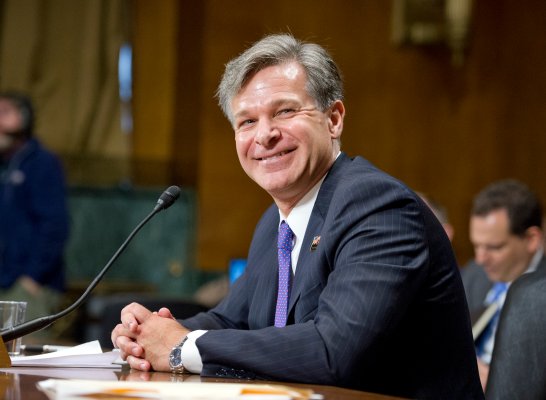