Jon Snow and Daenerys Targaryen finally came face to face in the third episode of Game of Thrones‘ seventh season. But while the season six finale seemed to confirm the fan-favorite R+L=J theory — Jon is not the illegitimate son of Ned Stark but rather the child of Ned’s sister Lyanna and Daenerys’ brother Rhaegar — this meeting did nothing to make either realize they may be related to one another.

However, some fans believe a detail from George R.R. Martin’s A Song of Ice and Fire series — the books on which Thrones is based — may predict how at least one of them will discover their shared heritage.

In A Dance With Dragons, Quaithe — the prophetic shadowbinder from Asshai who made a brief appearance in season two — shared the following exchange with Dany in a vision:

While some predicted the final line of this prophecy meant Dany would have to journey into the Shadow Lands of Asshai before crossing the Narrow Sea to Westeros, Reddit user Novastrider recently proposed a different theory about ‘the shadow’ that plays into Daenerys’ decision to allow Jon to mine the dragonglass at Dragonstone.

An old promo appeared to show Jon and Daenerys exploring the caves beneath Dragonstone, lending more credence to the theory that this will be a significant moment. Will the “truth” that Daenerys is meant to discover be the truth about Jon’s real parents? 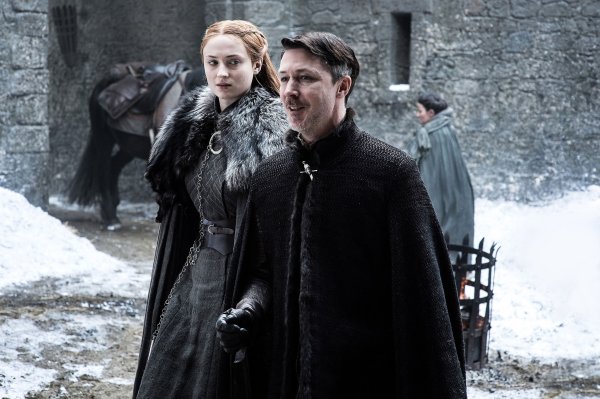 This Tiny Game of Thrones Detail Could Mean the End for Littlefinger
Next Up: Editor's Pick