Usain Bolt Warns Doping Could Be Downfall of Athletics

Ahead of his final race at the World Championships in London, Usain Bolt warned in an interview that dopers have to “stop or the sport will die.”

“Hopefully athletes will see what’s going on and what they need to do to help the sport move forward,” Bolt told BBC Sports. The eight-time Olympic gold medalist will retire from athletics after running in the 100m and 4x100m relay races in the Worlds, which will begin Friday.

“Personally I think we were at rock bottom,” the 30-year-old Jamaican said, referring to revelations of a state-sponsored doping scheme in Russia. “After the scandal on Russia I don’t think it gets any worse than that.”

“Doping is always a bad thing and it’s never pleasant because you put in the hard work and the sport starts going forward and then you have other guys bringing it back,” Bolt told the BBC.

“Over the years we’re doing a better job, it’s getting clean and we’re catching up to a lot of athletes,” he added. “There’s an understanding that if you cheat you will get caught. Over time the sport will get better.”

Though he said his body is sending signals that “it’s just time to go,” Bolt believed “without a doubt” that he is still the fastest person in the world, and that his world records are “safe for now.” 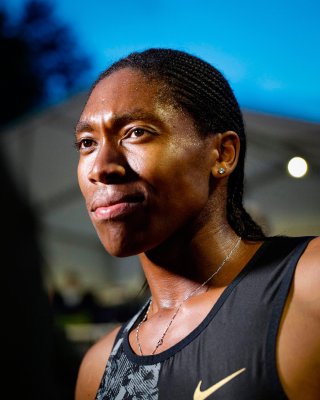 Caster Semenya Won’t Stop Fighting for Her Right to Run, Just as She Is
EDIT POST