Meet the Republican Senator Who Called Out President Trump

The Arizona Republican, who is running for re-election next year, released a book this week which criticizes Trump, the Administration’s policies on free trade and other issues and his fellow Republicans for supporting the President. In the book, Flake says that Republicans must fight for what he calls true conservatism and denounce the White House’s populist approach.

“We must not condone it,” Flake writes. “We must not use it to frighten and exploit the base. We must condemn it, in no uncertain terms.”

Read More: An Excerpt of “Conscience of a Conservative”

Trump has denounced free trade deals and made motions toward starting fights with China and other trade partners. A free-market conservative who backs free trade, Flake wants to keep the North American Free Trade Agreement (NAFTA) in place and establish more trade deals with other countries. The Arizonan, who was a member of the “Gang of Eight” senators who worked on immigration reform in 2013, also disagrees with Trump’s call for cutting legal immigration in half.

“I don’t think that’s wise,” Flake told TIME. “I think we ought to continue to be a welcoming nation.”

At the same time, Flake has still voted with the President on some things. He voted to confirm every member of his Cabinet (except one in which he cast no vote) and backed all three Republican healthcare bills that recently came before the Senate.

Flake faces a tough reelection campaign in 2018. He is currently deeply unpopular in Arizona, and Trump, a vocal critic of the senator, has mused about spending $10 million of his own money to unseat Flake.

TIME recently spoke with Flake about his new book, Trump, and what comes next for the Republican Party.

TIME: You say in the book that conservatives have “lost” their way, swept up by xenophobia, populism, nationalism. How does the party make it back?

I say we need to re-embrace those principles that we’ve gone away from–in particular, free trade, immigration. It’s not just the policy approach, it’s the demeanor. Conservatism is measured and reliable. It’s steady and avoids chaos–that’s conservative foreign policy, where you embrace your allies and recognize your enemies. That’s a long way from where we are today. We’ve adopted a populist attitude that is a sugar high that we’ll come down from. We have to remember, in 2006 we lost both the House and the Senate, and two years later we lost the White House after we [weren’t] very conservative on fiscal policy. So, it can come crashing down.

Do you think you can survive the 2018 election?

Yes. I do. Arizona voters have always valued independence in their elected officials. But I’ve run for reelection many times in the House. I’ve always had challenges—well not always–but usually in the primary. When I ran in the Senate last time I had a primary opponent who spent $9 million of his own money. It’s not that we haven’t been challenged before. The last thing voters want is a rubber-stamp senator who agrees with the President or the party on everything.

You write about the destructiveness of “petty partisanship.” Yet you voted for a partisan health care bill. How do you reconcile that?

My preference would certainly be to sit down with my colleagues from across the aisle and not try to reform or repeal Obamacare the way that the Democrats passed it. There’s an urgency here. We have 200,000 Arizonans who will wake up tomorrow without insurance. They will have paid the fine but they simply can’t afford insurance. I was certainly anxious to keep any hope of reform alive.

Do you think working across the aisle on a healthcare bill is possible?

I do. We’ve reached the limit of what we can do with just the members of one party. The notion of ‘we’ll just give it another try’–I don’t see that bearing truth, and I don’t know why we would. Maybe not in Democratic leadership, but there are certainly rank-and-file Democrats ready to work with us. Let’s take them up on it.

How do you respond to people who say that while you may have been critical of Trump during the election and now in this book, you will still vote with him?

It depends on what he supports. He named a good Cabinet. Remember, in the first six months of a new Administration the Senate is in the personnel business. That’s about all we do. And I’ve always felt that a President ought to get his or her people unless there’s something disqualifying. That’s why I voted for [President Obama’s attorney general] Loretta Lynch, for example. I was one of the few Republicans who did. Elections have consequences. Barack Obama ought to have his people. I feel the same with President Trump. So when people say, “Oh Flake voted with Trump 95% of the time”–ha! Ninety-five percent of what we’ve done is just personnel! But with regular trade reform, CRAs–[Trump] has done some good things there. He appointed a great Supreme Court justice. But on the Russia thing I opposed him, and on some of his executive orders–like the travel ban–I opposed him. I’ve been quite vocal about it. So, I’ll do the same as I have with other Presidents.

You voted to confirm Robert Lighthizer for United States Trade Representative. Did you have any reservations about voting to confirm him?

I was concerned by some of the rhetoric he used on trade and NAFTA. But like I said, elections have consequences. He’s qualified to be in that position and the President deserves to get his people. I wrote a letter and circulated it and [17] of my colleagues signed it saying here’s what we think should be done with NAFTA. And frankly, the [Trump] Administration has come around. I think they’ve come far closer to our position than they were on the renegotiation of NAFTA. I hope they move further. One thing that is profoundly unconservative about this Administration is the approach to free trade. We’re sowing seeds now that will be a full harvest later. Turning down the TPP will just push southeast Asian countries who would rather be in our cradle closer to China. We’re being left behind. When supply chains get established it takes a while to get back in the mix. We’re doing a lot of damage. It just won’t have economic repercussions. It will have national-security repercussions as well.

You criticize Trump’s trade policies, his immigration policies, and the Muslim travel ban, but these are things Trump did unilaterally–how do you turn what you wrote in this book into action?

On immigration, for example, he’s going to have to deal with the [Deferred Action for Childhood Arrivals program (DACA)]. As almost all Republicans have said–the [Obama] Administration acted unconstitutionally to carve this program out. Well, if they did, then we’re gonna have to deal with it in Congress. And once it comes to Congress, I hope to expand it and do some other immigration reform that we need to do.

You said expand it?

Oh, you bet. Yes. DACA, we’ve got to make constitutional what’s happening. These kids ought to be protected. Every piece of immigration legislation I’ve supported has included a version of the Dream Act. So, we’ve got to do that but we also have got to do H1B reform. The [Trump] Administration is working with a couple of members of the Senate to do a kind of a point system with regards to legal immigration, which we actually favored in the so-called Gang of Eight bill but we started from a bigger base. They want to cut back significantly on legal immigration and I don’t think that’s wise. And then the refugee program. We ought to continue welcoming at least some refugees. We’ve taken a far smaller number than some of our allies. We obviously screen and screen well but we ought to continue to be a welcoming nation.

You keep saying you wrote this book in private. How is that possible?

My family certainly knew. But I didn’t tell my staff in the Senate or my political advisors on the campaign. I didn’t want to be talked out of it.

So you just wrote it sitting in bed at home?

Well, I don’t know how much in bed! But a lot of late nights. When I get to bed I go to sleep. I kept a good journal when I was in the House so I used a lot of that here. This is not just a critique of the current Administration, it’s an affirmation of principle and also an explanation of how we got here.

How long did it take to write?

I started last summer. I thought that we’d hit the election and Republicans would lose and we’d do another autopsy. And I’d have something ready for that. But then, you know, the election went differently. And I thought we needed it even more.

Do you think you’ll get the President to read it? 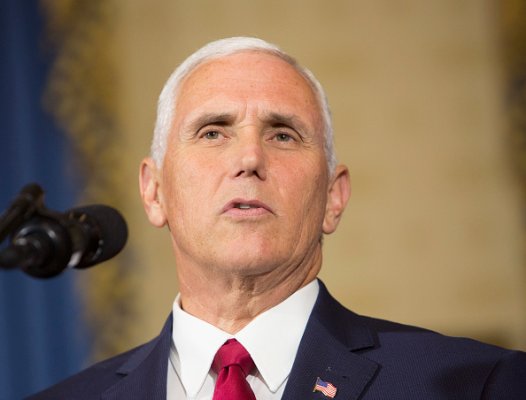