Someone Stole a 1,700-Pound Grill From a Restaurant—With Brisket Cooking Inside

For meat lovers, this may be the ultimate crime.

A 1,700-pound barbecue pit has gone missing in Albuquerque, NM — along with the brisket that was cooking in it, according to the Albuquerque Journal. Daniel Morgan, owner of Pepper’s Ole Fashion BBQ, told the Journal this week that a thief took the 200-gallon smoker from outside this restaurant early Sunday morning.

“What on God’s earth do you think they would want with it?” he asked the paper, suggesting that maybe the person behind the crime enjoyed the “meat smell.”

Most meat in Morgan’s restaurant is made indoors, but he uses the custom-built smoker for his catering business, Morgan told the Journal. He described it to local TV station KRQE as “1800lbs of three-quarter-inch steel, diamond cut chrome,” adding that “it’s got burners on it that allows you to boil, sauté and fry fish, of course it’s on a trailer.”

Pepper’s Ole Fashion BBQ was recently featured on the Cooking Channel show Big Bad BBQ Brawl, according to the Journal, but even with the bump in business from that appearance, Morgan said he’ll have a hard time finding the $5,800 he said he’d need to replace the grill.

After saving up for six years to buy the smoker, Morgan is hoping the public will help him find the beloved appliance. He’s considered launching a crowdfunding campaign, he said, but for now he’s decided to wait.

“We’re just gonna let people know that we will take prayers before money,” he told the Journal. “That’s what we need most of all.” 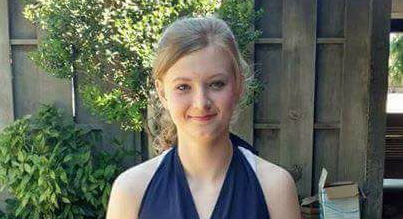 'She Just Loved Life.' Texas Teen Dies After Being Electrocuted by Cellphone in Bathtub, Family Says
Next Up: Editor's Pick