I Was Diagnosed With Breast Cancer Weeks After Giving Birth

Poppy, my daughter, was born in July 2015. I had a regular delivery in a hospital near my home in Connecticut, and I began breastfeeding right away. For the first few days everything was good, with the exception of high fevers I started having. My discharge papers instructed me to call my ob-gyn immediately if I experienced a fever over 100.4 degrees, so I finally went to her office after days of denial.

She diagnosed me with mastitis—an infection of breast tissue often triggered by a plugged milk gland that causes swelling, tenderness, and redness—and put me on antibiotics. I continued to try to breastfeed, though it was painful. My high fevers persisted and breastfeeding became more difficult. I did another round of antibiotics, but when those proved to be ineffective, I was referred to a breast surgeon.

The surgeon did an ultrasound and attributed my symptoms again to mastitis. I was reassured throughout this process that everything was fine, and I had nothing to worry about. So I didn’t panic when I went back a month later for a follow-up ultrasound and then a biopsy, which the radiologist said was a standard procedure.

Through this entire process, breast cancer didn’t really cross my mind. While friends with cancer scares told stories of the anxiety-ridden time between getting the biopsy and receiving the results, I felt calm. I was a brand-new mom trying to manage life with a newborn baby, and breast cancer seemed like a non-issue—until it wasn’t.

An alarming text from the hospital

I had Poppy asleep in my arms when a notification from the hospital came through my phone: Reminder, your oncology appointment is tomorrow at 9 a.m. I was in total shock. Until that moment, I did not have an oncologist. I called the hospital and when I explained the situation, the woman on the other end of the phone gasped.

She put me through to a doctor who said that the notification was “an oversight.” She said, “I wanted to call you in [for an initial appointment] because I want you to be prepared. You’re going to have a lot of appointments in the next few days.”

She was right about that. A subsequent CT scan and an MRI showed what looked like a 3 cm malignant mass in my left breast. I had stage 3 breast cancer, but more specifically, I had pregnancy-associated breast cancer (PABC), which is breast cancer during pregnancy or in the first year after delivery. It’s relatively rare, striking approximately 1 in 3,000 pregnant women. (About 3% of all breast cancers are diagnosed in pregnancy.) But it’s the second most common malignancy affecting pregnancy, I later learned.

To get our best wellness tips delivered to you inbox, sign up for the Healthy Living newsletter

The size and proximity to the breast skin meant a mastectomy was my only option. Even though I had no family history and later tested negative for the breast cancer gene mutations, and the doctors said my risk of having cancer in my right breast was less than 1%, I opted for a double mastectomy.

Before that, however, I was referred me to a fertility clinic, which was a really harrowing experience—having a newborn while in an IVF office and being a cancer patient and in a state a shock. I was told I would likely need chemotherapy, which leads to infertility at least 60% of the time. If I wanted more children in the future, egg freezing was my best option. I began the hormone injections, had my eggs retrieved and frozen 16 days later, and then the following Monday was scheduled for breast surgery.

Throughout the three weeks from diagnosis to my mastectomy, I was still a new mom, getting up every three hours a minimum to feed my baby. After my diagnosis, I stopped trying to breastfeed. It was physically painful, but I knew within weeks I would not have breasts at all, so mostly it was psychologically difficult. Luckily Poppy took to formula, and that lifted one worry off my mind. I know Poppy would be fed and she was okay.

Recovery, chemo, and a baby to care for

After my mastectomy (the 3 cm mass was actually 7 cm, I later found out), I came home from the hospital in pain, with limited mobility, and anxiously thinking about the pathology results. I also couldn’t lift Poppy, who now weighed 14 pounds, for 8 weeks. My mother stayed with us during that time to help. Poppy would be placed on my lap and also I could snuggle with her in bed. But it was heartbreaking to hear Poppy cry and not be able to pick her up on my own. I had just become a mother, yet I needed my own mother’s help.

Despite cancer, Poppy and I still spent a lot of time together. She slept a lot, and I did too. She was bald, and so was I. I wanted to take her to more Mommy & Me classes, but I didn’t have the strength. The times I had to go back into the hospital were hard for us. I had reconstruction surgery, and I also went into isolation at one point because my immune system was so weak, and I was susceptible to germs. FaceTime was how we connected.

Then the pathology report came in, indicating that I was high-risk for cancer recurrence. An aggressive chemotherapy regiment offered the best chance for long-term survival. I was thankful I had my eggs harvested; following chemo, I faced hormone therapy that would effectively put me into menopause for 10 years. The hope was that by taking away the hormones that fueled my cancer growth, it would reduce the risk of recurrence.

The first year of Poppy’s life brought the joy of new life, mixed with fears of mortality. I went through more body changes than I had experienced in the time in my life that I could remember. From being relatively stable in weight and composition for the last decade to gaining almost 50 pounds during pregnancy. I had to surrender my eggs, my breasts, and for a time my mobility, eventually losing the baby weight from being violently ill during chemo.

Becoming a breast cancer advocate for others

Since my treatment ended, I’ve been cherishing my time being a mom to Poppy. Instead of simply hoping that she never has to worry about this disease, I’ve been doing everything I can to make sure she doesn’t have to. That includes lending my voice to Breast Cancer Research Foundation (BCRF), a top breast cancer organization in the US, because I know that research is the only way we’re going to eradicate this disease.

I also advocated for and rewrote a bill requiring health insurance companies to cover the cost of fertility preservation treatments for women facing a cancer diagnosis. The bill, Melissa’s Law, was passed unanimously this past June in Connecticut. My IVF costs were so expensive, and I paid for them out of pocket because my infertility was a result of chemotherapy, not a pre-existing condition. I’m not the only one with this reality.

Now Poppy is 22 months old, and I can’t keep up with her. I say, “Let’s go this way” and she just runs the other way. I hope that sharing my story encourages young women to be vigilant about their health, particularly during and, notably, after pregnancy.

(As told to Julia Naftulin) 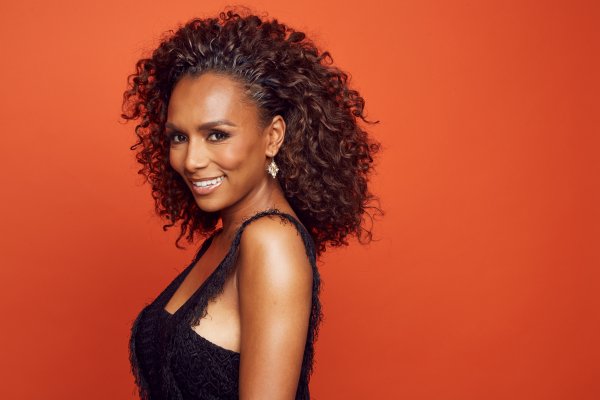 Janet Mock's Powerful Response to The Breakfast Club Controversy: 'You Will Not Diminish Our Light'
Next Up: Editor's Pick