A majority of voters think President Donald Trump’s administration is in chaos, according to a new poll released Monday in the midst of several White House firings.

The survey revealed a stark split along party lines. Most Democrats and Independents thought the administration was running chaotically, while most Republicans thought it was running somewhat or very well.

Anthony Scaramucci was fired from his post as White House communications director, just 10 days after he was introduced as the incoming communications chief. Scaramucci’s arrival led to the departure of Press Secretary Sean Spicer and Chief of Staff Reince Priebus, though Trump has denied reports of dysfunction. “No WH chaos!” he tweeted Monday morning.

“A great day at the White House!” he added later Monday night.

The poll — which surveyed 1,972 registered voters between July 27 and July 29 — had a margin of error of plus or minus two percentage points. 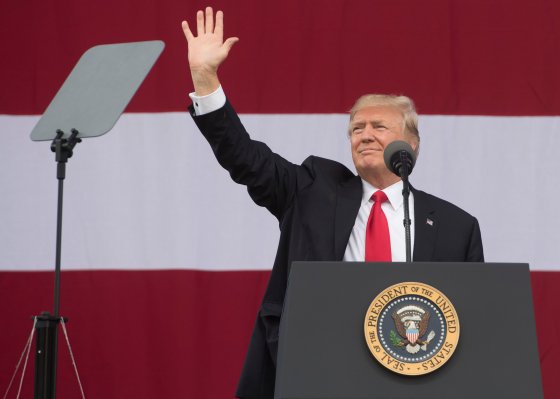