Game of Thrones‘s seventh season is finally in high gear—and much of that is owed to one particular performance.

After a premiere filled with the sort of table-setting that usually occupies Thrones season openers and a somewhat weak second episode heavy on exposition, this week’s installment delivered jolts in each of its storylines, but none more so than in the story of Cersei. As embodied by Lena Headey, the Queen of the Seven Kingdoms has grown ever more concerned with the wrongs done to her in the past now that she’s in power. Her understanding of the world has long been that the wrongs done her (in particular, the deaths of her children) were ugly, necessary steps towards her ultimate installment upon the throne; what she’s rapidly learning is just how gratifying it can be to work her way backward, using the power of the throne to redress those same wrongs.

The scene in which Cersei kills one of the Sand Snakes with a deadly, poison-laced kiss is among the perpetually strong Headey’s very best scenes on Thrones. The sheer pleasure the queen takes in revenge places her in the ranks of the greatest villains on the big or small screen. It also, for one scene, justifies this season’s uncharacteristically heavy reliance on scenes of lengthy exposition delivered in monologue. When Headey is spitting out her motivations, it’s a symphony. And, shortly after, when Cersei discovers just how easy it is to live openly as part of an incestuous couple, her heedless joy is almost infectious even in spite of its warped object (her brother) and genesis (she only really gets her groove back once she’s condemned an enemy to a protracted and painful death). In her quest for vengeance, Cersei makes the venal seem cosmic; having achieved it, she makes what is wrong on a global level feel like the give-and-take of human love affairs.

It’s not, and she knows it’s not. But Headey, who told me when I interviewed her for TIME’s recent cover story on Game of Thrones that she’s a relentlessly analytical performer, has cracked the thing about Cersei that’s quite so dangerous: Her alluring ability to make huge, consequential decisions feel like normal give-and-take. Her conversation with a banker from Braavos in this episode had a similar charge: In convincing him to extend her line of credit two more weeks, she played prejudices against Dothrakis and revolutionaries artfully even as it was clear she was a suboptimal borrower. She’s in many ways a perfect opposite to Emilia Clarke’s Daenerys—a queen whose sense of herself is so exalted (we’ve now heard the story of her birth two weeks in a row) that she cannot get out of her own way. Cersei knows she’s right, but is willing to get into the muck to prove it. This week’s episode, filled with her cajoling, avenging, speaking loudly to her enemies and softly to the brother she’s ensorcelled, was among the very best work from an actress without whom the show would lack some fundamental gravity.

MORE: Every Character Who Has Died on Game of Thrones

“She’s a disease. I regret my part in spreading it,” says Olenna Tyrell (the great Diana Rigg, a performer whose departure from the show didn’t feel any less painful for all its narrative necessity). “You will too.” This line is delivered to Jaime (Nikolaj Coster-Waldau), ensnared in Cersei’s web, and he seems almost rueful. The thing about a great villain—as portrayed by a master craftsman like Headey—is that you can’t help but get caught up in sympathizing with them, even as you know it’s wrong. You’ll regret it when they’re gone, but in the moment, you just want the show to play on. Presumably, Cersei will eventually see her comeuppance, but with season 7 having suddenly picked up steam, I hope it isn’t too soon. 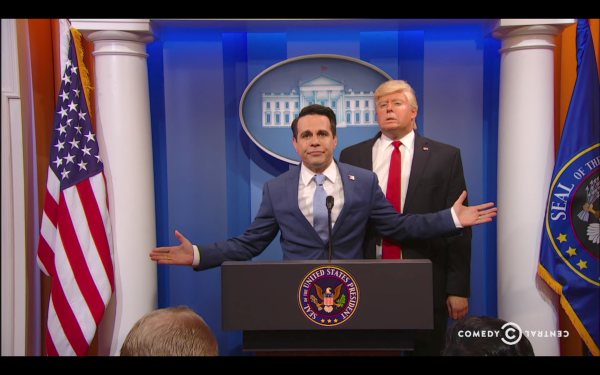 Mario Cantone Was Born Ready to Do This Anthony Scaramucci Impression
Next Up: Editor's Pick