Olympic gymnast and TIME 100 honoree Simone Biles just leaked her own post-dental surgery footage and it is absolutely hilarious.

In the video that Biles bravely shared on Twitter, she acts like she’s behind the wheel of her car on a crowded road. As one does when stuck in traffic, she yells at the other cars on the street (albeit without using actual words), honks her imaginary horn, and goes full-on road rage all while sitting in a recovery chair at the dentist’s office. When she was done with her drive, she passed back out in the chair, waking later and tweeting it out to the world. 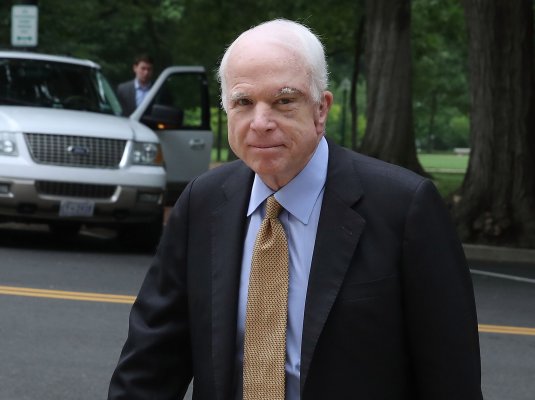 Celebrities Thank John McCain After Voting Against Health Bill
Next Up: Editor's Pick