Firefighters in Dover, England, rescued a woman who accidentally dropped her phone in a storm drain Wednesday and got stuck inside while trying to retrieve it, Kent Online reports.

The 16-year-old Ella Birchenough asked a passerby to alert her mother, who lives in a home nearby. Witness told Kent Online that she was laughing and joking the entire time.

Firefighter rescued the girl, who was”uninjured,” according to Kent Fire & Rescue Service’s website.

DOVER update: A girl who got stuck in a drain had dropped her phone through the grate, and climbed in to retrieve it. pic.twitter.com/g8QwrziB66

DOVER update: Firefighters freeing teen from drain in Eaves Road today. Cover may have been missing, and she fell in. pic.twitter.com/JNZZRQoRya

Do you love your phone enough to chase it down a storm drain? 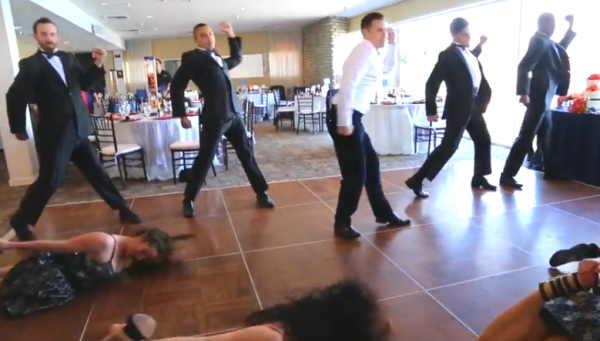