Cayne is an actor, human rights activist, author and choreographer.

President Donald Trump’s Twitter-announcement that he will ban transgender people from military service is not brave. Singling out and marginalizing a community has been done often enough throughout history. Trump’s actions won’t be the last. Minorities (and even majorities — women!) in the United States and around the world still fight every day — for dignity, for safety, for respect and for equality. The trans community continues to fight for equal rights, for safe places to live, for equal employment opportunities and for full participation in the daily life of an American citizen. We understand the importance of fighting for values, and the safety of not just ourselves but also those we love. Members of the American military are familiar with such a call.

The trans community has been fighting transphobia for many years, and although we will keep fighting for equality, this cut is still painful. To be rejected by society for being who you are is not something that is talked about enough. For many trans people, waking up every day and living their lives is a painful experience. Now, with a tweet, people willing to put their lives on the line, and some who have already served with distinction, will be banned from their right to defend their country and offer their most sacred possession, their very existence.

Those tweets not only single out the trans community, but they also give people permission to be abusive, violent and discriminatory. The President of the United States of America — land of the free and home of the brave — is engaging in the systematic suppression of the LGBTQ community. Whatever his strange or bizarre motivation (it seems political to me) to single us out, he seeks to erase us from every part of government — taking us off the GOV website, excluding us from the Census.

I know trans people who have served in the military and have been very proud of their service to their country. While I see a great future that includes every color, every gender and every sexuality living together in society — “God bless everyone—no exceptions!” — why does the GOP insist on driving us apart rather then bring us together as a nation? We are a small, feisty, fierce community, and we intend to fight for our rights. But we can’t do it alone, we need the help of our LGB-Q brothers and sisters as well as our straight allies. People come up to me on the street every day and say, “I love what you’re doing!” We also need those people to take a stand, because the abuse we endure needs to end. 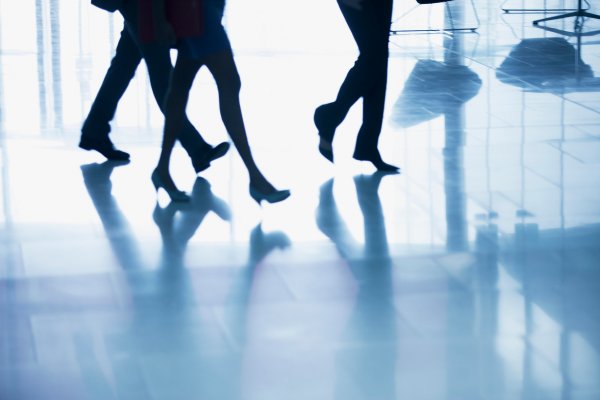 How Men Should Help More Women Lead
Next Up: Editor's Pick